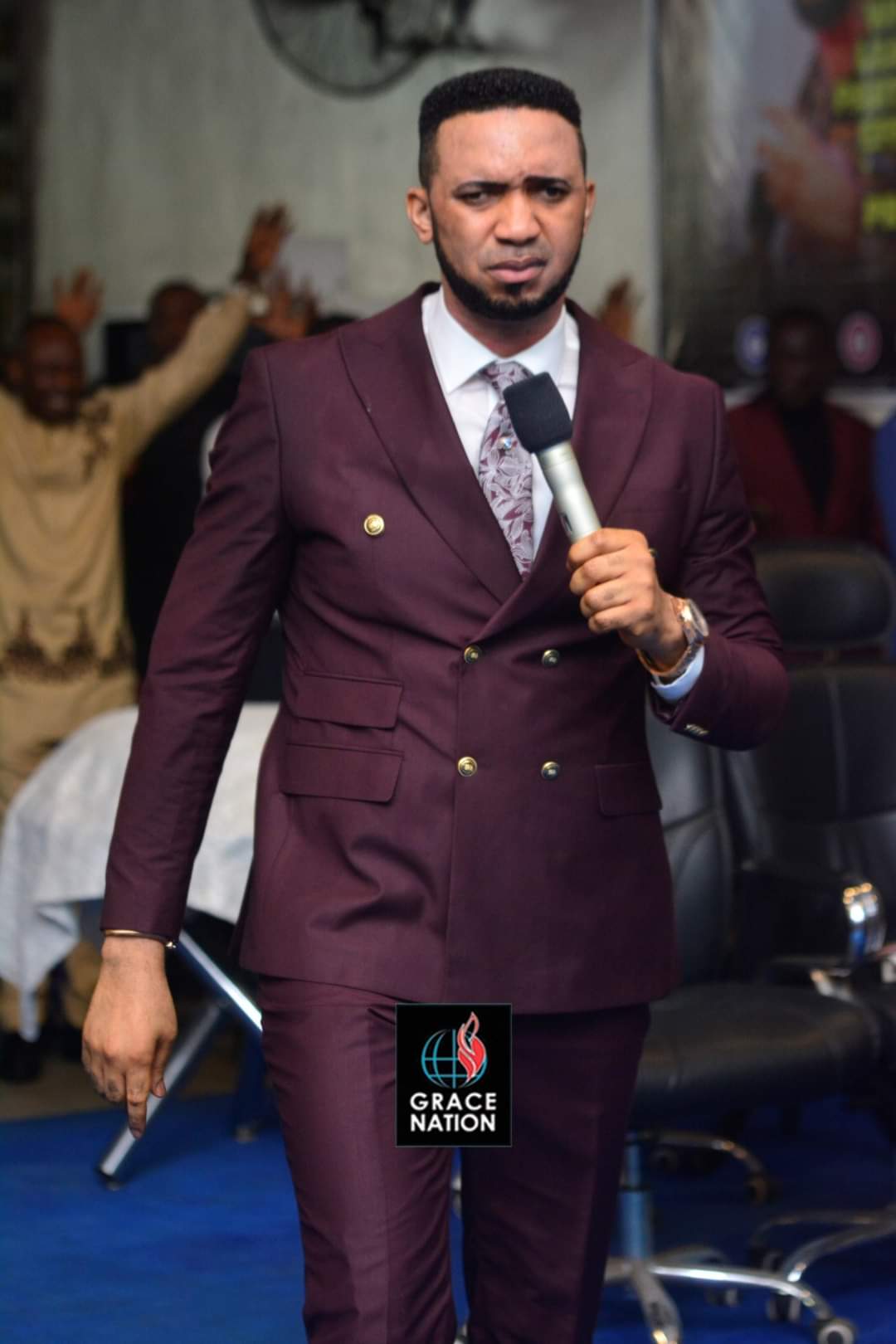 As Preparations for the forthcoming General Elections gathered momentum, prominent Nigerians have continued to make comments on who will lead Nigeria to a better destination and improve the economy come 2023.

Some says for Nigeria to reclaim its past glory, preparations for a better tomorrow starts now, with your PVC you can decide, how the next four years will look like.

A clergy and Popular Global Prophet, Dr Chris Okafor of Grace Nation international aka Liberation city has also made his own pronouncements on the fourthcoming General Election in 2023.

Speaking at a church service recently, the Generational Prophet of God as he is fondly called declared that for 2023 Presidential elections, All Progressive Congress Presidential candidate, Asiwaju Bola Ahmed is good.
According to Prophet Okafor, he said he has no problem with him; “The APC presidential candidate have really done well with human capacity building”.

The Man of God also remarked that Former Vice President Atiku Abubakar too is a very successful entrepreneur with his numerous companies that gave thousands of Nigerians employments, “He is good also But specifically God directed me to pray for Peter Obi against any form of Conspiracy before and shortly after the Presidential Election”.

“I saw flag being given to Peter Obi but immediately he wanted to receive the flag, many forces rise up against him, they want to stop him from receiving the flag, but the good news was that they all failed”.

“The recent victory of am opposition party in a South West state affirmed the beginning of change many Nigerians are yearning for, there will be change of Power in Nigeria”. Prophet Okafor declared.

Dr Chris Okafor stated further that Peter Obi possesses all the necessary requirements to move the nation forward ,but there will be forces that will want to rise against the mandate Elohim has given him to help restructure the country, this was the reason why God directed me and the entire church to pray for Mr Peter Obi

“Unapologetically to any one, I will remain obidience to the instructions of the Almighty God, Every gathering that is not of God against Peter Obi will not stand, there will be attempt to conspire against Peter Obi, but the attempt will fail, whatever the Lord did not approve will not stand but the one God approves and whatever evil plans against such movement is dead on arrival, Dr Chris Okafor remarked

Clearing the Air on the recent story published by some online platforms claiming that Bishop Isaac Idahosa is the Spiritual father to Dr Chris Okafor.

The generational Prophet said at no time did he ever tell his faithfuls that Bishop Idahosa is his spiritual Father, he said he considers the statement mischievous, a slap on his spiritual integrity, this can never happen and will never be at anytime. “It will never happen, Bishop David Oyedepo is my Spiritual father, I submitted to him, please disregard the information, Dr Chris Okafor concluded.