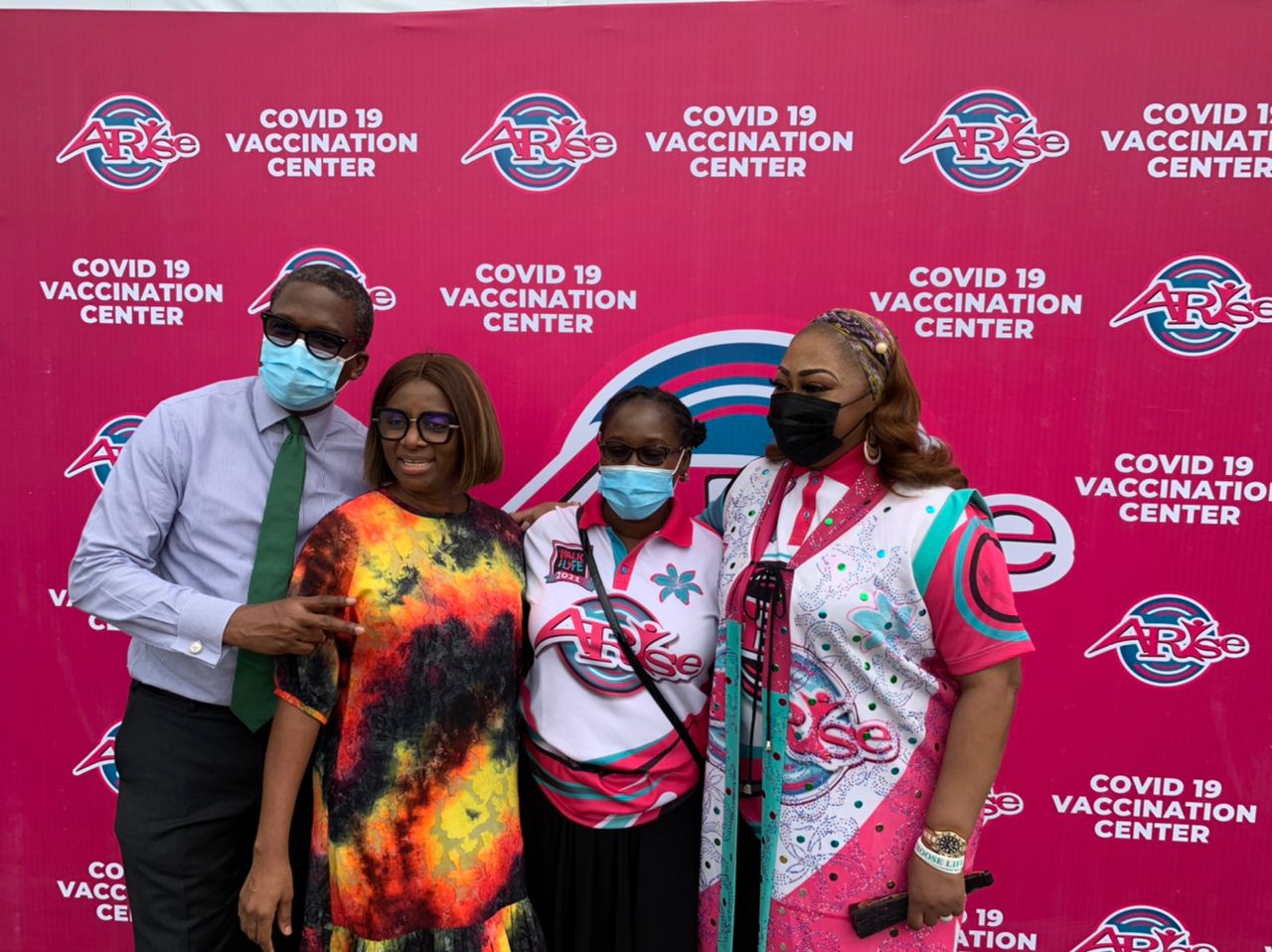 The ongoing Arise Women free Covid-19 vaccination put together by the Convener of the foundation, Dr. Siju Iluyomade for those who are yet to be vaccinated is set to continue in Lagos. The exercise, for those that already took the first dose weeks back, will also be open to those seeking to take the first dose.

According to the information made available by the organizers, the vaccination, slated for Tuesday, May 24th, 2022, will be held at the Incubator, Arise Vaccination Clinic, 7/8, Chief Yesufu Abiodun Way, City Of David Church Road, Victoria Island. Lagos.

Varieties of most effective vaccines from Astrazeneca to Moderna and Pfizer are already in place along with the booster shot for people in a very serene environment. The Arise Women has been very involved in preventing and eradicating the deadly virus since it broke out a couple of years back, providing succour to the most vulnerable in society. The free vaccination is another great initiative of Dr Siju as she’s fondly called to make sure the effort of the government to address the shortfall in the designation of locations for people to get vaccinated against COVID-19, which has ravaged the world for almost two years, is met.

As usual, a free meal will be served to anyone who comes around to get the vaccine.

One of the Beneficiaries Receiving the Covid-19 Vaccine Jab

NBA Chairman, British Airways settle out of court Over Breach of Contract