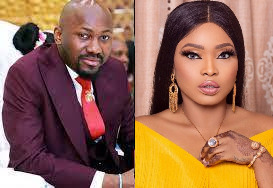 Nollywood actress, Halima Abubakar, has been warned to desist from making defamatory statements against founder and senior pastor of the Omega Fire Ministries (OFM) worldwide, Apostle Johnson Suleman. For quite some weeks now, the Kogi State born thespian has been attacking the personality of the popular cleric alleging his involvement in a romantic relationship with her.

The consistent attacks by Halima, which have pitched her against some of her colleagues in the film making industry who felt her statements were borne out of a sense of frustration and sheer attempt at blackmailing, has caught the attention of Apostle Suleman who did not only deny the allegation but also caused his legal counsel to write the actress to stop the attacks forthwith.

In a letter titled ‘Defamatory Statements Concerning Apostle Johnson Suleman; Notice to Cease and Desist’, dated 28th September 2022, Apostle Suleman cautioned Halima Abubakar to discontinue her attacks on his personality or risk being dragged before the court of law.

Our client is an Apostle and Senior Pastor of the Omega Fire and Miracle Ministry International, with branches in all states of Nigeria and several countries of the world. By virtue of his Apostolic calling and reach he has several millions of followers who look up to him and his ministry for spiritual guidance and direction,” writes Ephesis Lex, a legal firm representing Apostle Suleman’s interests.

Further, the letter reads; “it is our brief that you caused to be published malicious, defamatory and demeaning statements about our client in several micro-blog sites, chiefly Gistlover, and your Instagram handle @halimabubakar, which have wider reach within Nigeria and the world.

The statements, with their imputations, include the following;

“Shan, you said you don’t think I am smart? lol ask sule. At your big age Am glad gistlover sent dat list. Thank you gistlover for calling me out. I for dey lie and lie for sule. Never. God bless you gistlover. But your list small for real! Johnson try me.”

“But don’t worry about me. But you can hold Johnson Suleman responsible just in case. You can’t do anything though. Nigerians be aware. If anything happens Johnson is you.”

A source at the OFM headquarters told this medium that Apostle Suleman may consider slamming the actress with a N1bn (one billion naira) suit should she fail to stop attacking him within 72 hours from the date of the letter. 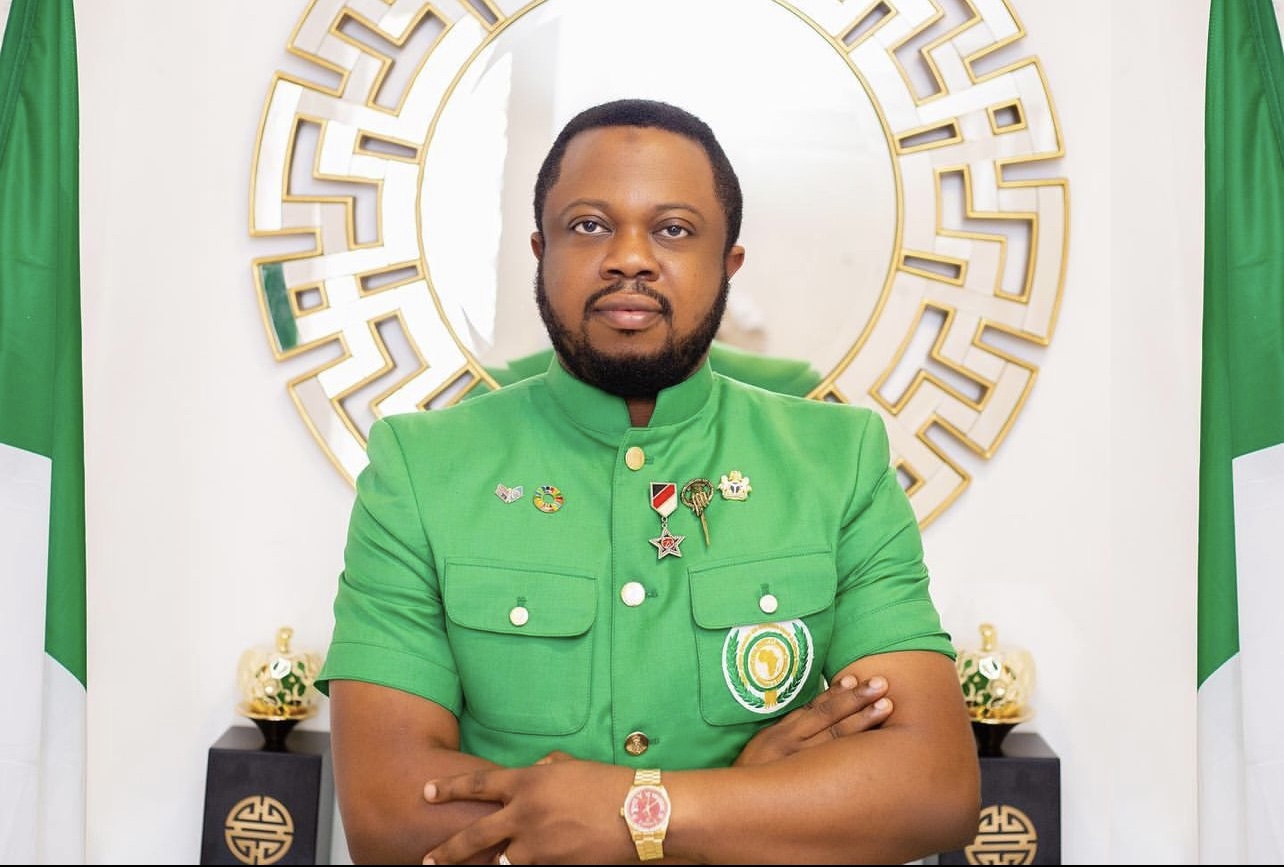 Unlike the proverbial rattlesnake that crawls through the rocky path without its presence recorded, Ambassador Sowemimo Abiodun has crested his indelible footprints as a highly cerebral computer programmer, financial technologist, diplomat, internet entrepreneur, domain broker, computer media applications and online reputation management expert with an estimated net worth running into millions of Dollars. The billionaire business mogul does not give in to mediocrity.

Those close to the Head honcho of iNet Telecommunications, CapitalMetriQ Swift Bank and InfoMetriQ Data Network disclosed that he is a man destined for greatness because of his ferocious approach to work and his doggedness. While many of his peers were busy investing in frivolities, the Rome Business School Alumni was busy building a business empire that would outlive him.

Today, in the list of youths putting Nigeria on the world map globally, Sowemimo has distinguished himself with his uncommon and outstanding demeanour with numerous laurels and awards to show for it both locally and internationally. For his contribution to the African continent, he was awarded by the Egyptian President Abdel Fatth El-Sisi at the World Youth Forum as the most promising youth in Africa.

On September 25, 2019, at the 74th UN General Assembly, the Permanent Mission of Nigeria to the United Nations, in collaboration with the World Award Foundation and Silicon Valley Nigeria Economic Development (SV-NED), he was also awarded the 2019 SDGs #9 honours in industry, innovations & infrastructure alongside Alicia Keys. Meanwhile, on January 26, 2019, he was conferred with an honorary Doctorate Degree (Honoris Causa) in Information Technology Management, from the Prestigious ICON University of Management Science & Technology.

The President & Chairperson of the African Chamber of Innovation Internet Governance & Digital Inclusion has indeed hit a milestone as all his silent prayers to his creator are being answered with the resounding success recorded by his CapitalMetriQ Swift Bank as it has changed stereotypes woven around modern technology banking as it put customers in the Centre of every transaction. Sources say the Bank is now popular for its swift service delivery and its usage of technology as a tool to drive access to mobile banking and access to soft loans. “Sowemimo is a big player in the industry who understands the use of technology in ensuring the bank provides innovative financial solutions to improve quality of life by empowering the economically underprivileged people to become self-reliant and also gain the needed skill to loom large in the financial market.” A source disclosed 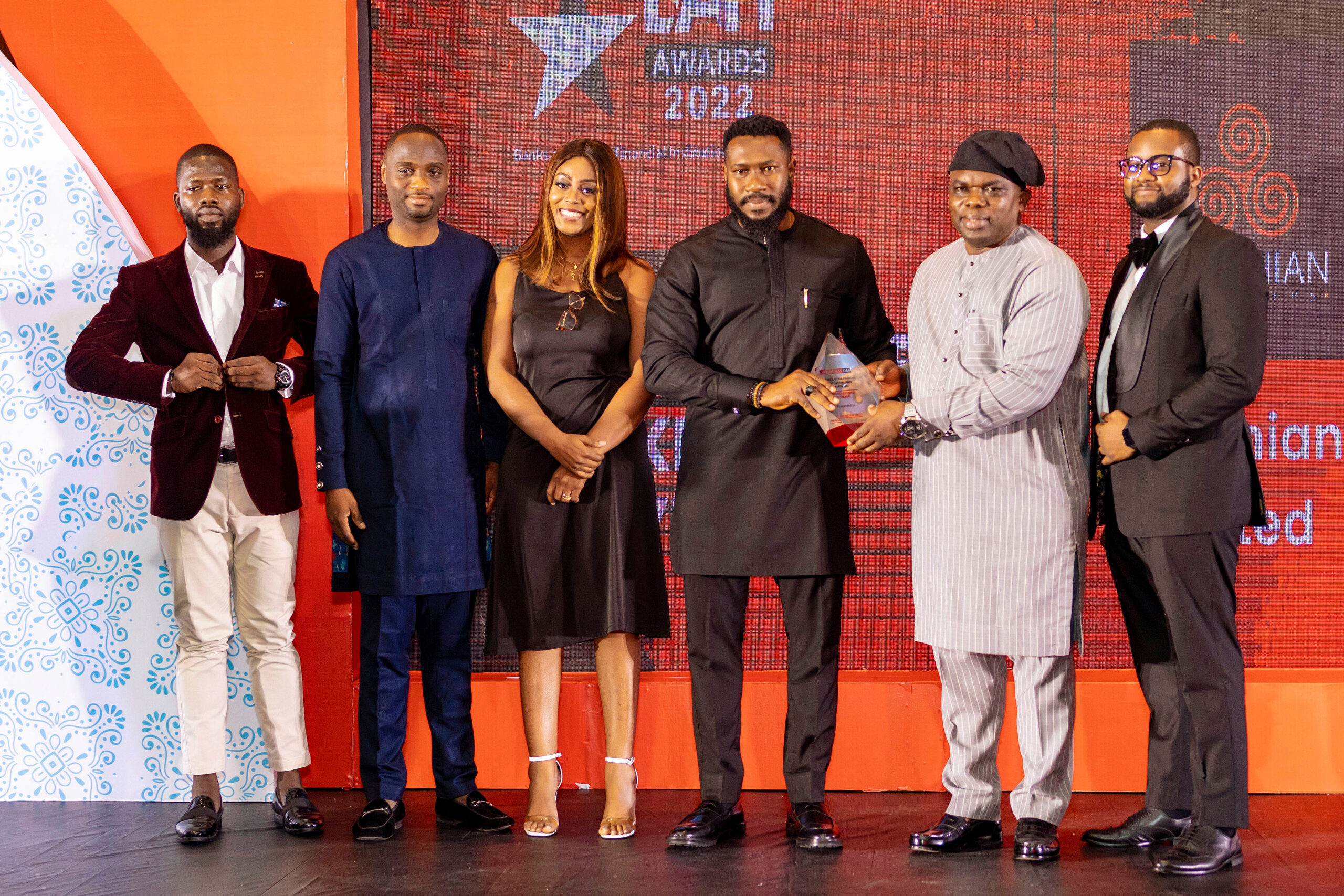