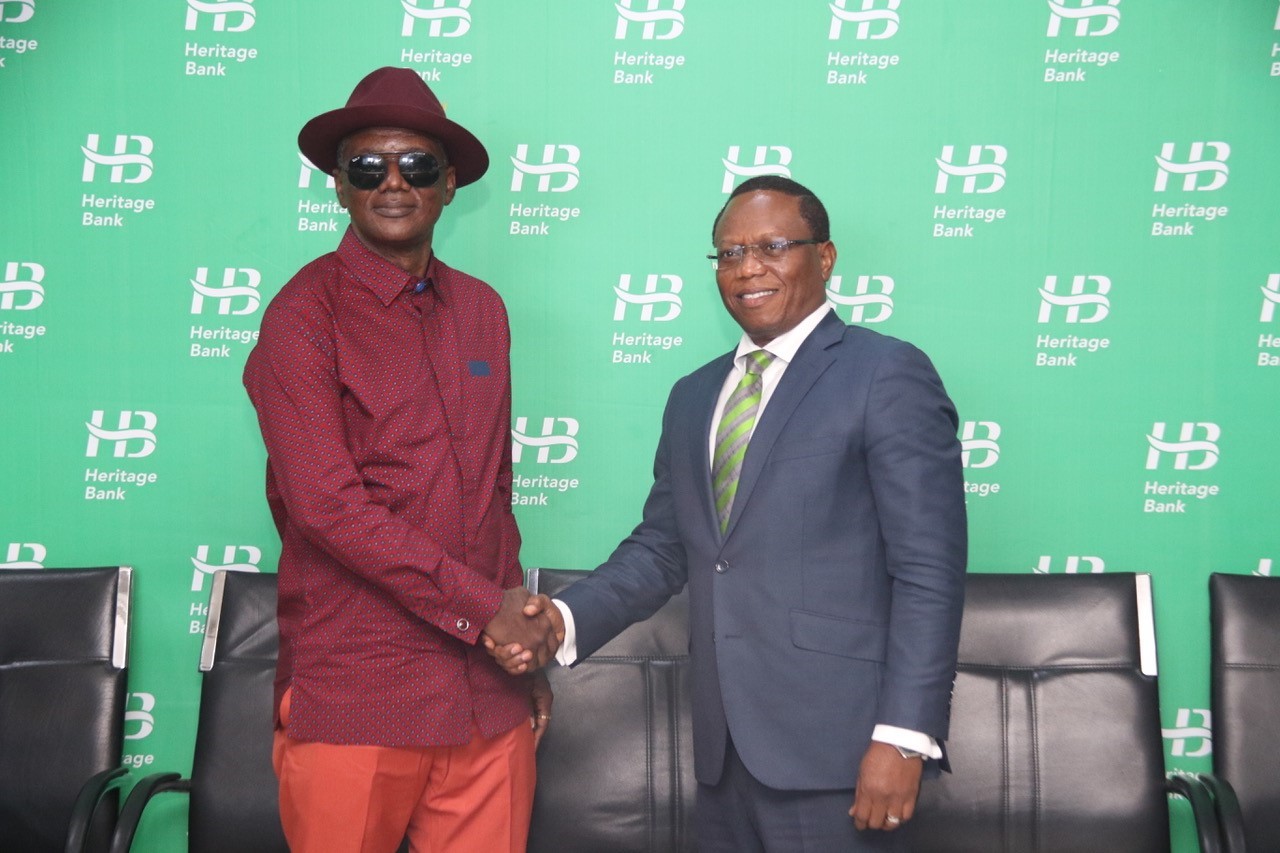 The Bayelsa State Government has indicated an interest in partnering with Heritage Bank Plc on youth empowerment and sports development. The Deputy Governor, Senator Lawrence Ewhrudjakpo disclosed the interest of the State Government during a courtesy call with the Commissioner for Youths and Sports, Daniel Igali and others on the Management of the Bank, at Heritage’s Head Office in Lagos recently.

Ewhrudjakpo expressed the State Government’s readiness to collaborate with Heritage Bank to empower youths and develop sports at all levels with the intent to put measures in place to play-up their socio-economic wellbeing and for the identification and development of budding talents.

He also commended Heritage Bank for its pivotal role in enhancing youth development and supporting the entrepreneurial spirit for economic growth.

“We believe with that, there is going to be first, removing our youths from drugs dependency and we are also using them to win.

We really want to see how Heritage Bank can partner with us or support of which we have adequate publicity,” he stated.

Meanwhile, Ewhrudjakpo affirmed that Governor Douye Diri-led administration would do everything within its reach to foster a mutually beneficial partnership.

Whilst responding, the Executive Director of the Bank, Jude Monye who welcomed the delegates assured the Deputy Governor of Heritage’s readiness to support the Bayelsa Government on youth empowerment and sport development.

He noted that with the bank’s feats toward empowering young Nigerians and sport development showed the bank has a strong desire towards developing and positioning youths to become world-class citizens equipped and ready to be absorbed into increasing competitive professional skills and endeavours.

Monye further disclosed that Heritage Bank has been at the forefront of supporting good courses involving youth and sport, whilst reiterating the bank’s MD/CEO, Ifie Sekibo’s readiness to partner with Bayelsa State Government.

“On behalf of the CEO and the Board, I want to say, we will support the course of Bayelsa State as far as sports in concerned. Whether it is wrestling, athletic, football, soccer, we will be part of it,” he assured.

Adding, the ED said, “We have always supported good courses; we are a small bank and relatively new. We will support the Bayelsa State Government because we want to see the youth brought out of drug peddling and drug consumption to where their life can be useful.”

He recalled that when it concerns youth empowerment and sport development, the Bank had carved a niche in collaborating with public and private organisations, especial state governments such as Lagos, Rivers State, Ibadan amongst others to build a culture of sports together with the formal education and entrepreneurship in a bid to secure the future of the teaming population.

According to him, “Heritage Bank believes in development. We have the tenacity to develop, and sport is a way of developing Nigerians both young and old to help foster their physical, social, and emotional wellbeing. It is a well-known fact that physical education and sports help in character and community building, delinquency reduction, community safety, economic and social development.”

Monye further noted that the drive to continue in the support of youths was to create, preserve and transfer wealth across generations.

He explained that the entrepreneur schemes of the bank in the support for business especially among the youths have always focused on dependable job-creating sectors, such as agricultural value chain (fish farming, poultry, snail farming), cottage industry, mining and solid minerals, creative industry (tourism, arts, and crafts), and Information and Communications Technology (ICT).