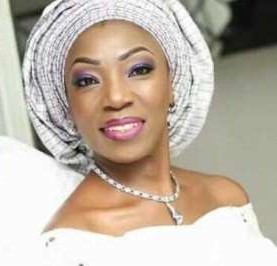 The compelling story of Olori Sola Adedoyin, the beautiful daughter of Chief Samuel Adedoyin and wife of Oba Francis Olushola Alao, the  Olugbon of Igbon Kingdom in Oyo State teaches that patience, perseverance, self believe, consistency and prayers are virtues that every human should inculcate in their ways of life.

Years ago, the former Managing Director of City Express Bank was hovering in-between life and death; having been laid up for 10 years with cancer-related ailment, no one, including her doctors believed she could ever survive it. To show that God is the healer of all healers, the ordained pastor of the Redeemed Christian Church of God, RCCG, held on to her faith and she miraculously survived the ailment leaving her normal life like nothing ever happened.

Doctors who treated her were amazed that she made the impossible looked possible breaking the laws of medicine. When many were happy she cheated the deadly cancer disease, her marriage to her husband of many years, Mr. Adeoti, hit the rock. The graduate of Marketing/Accounting from St. Joseph’s University, Philadelphia did not despair, rather, she moved on with life.

For her, there was light at the end of her tunnel when she eventually decided to give marriage another trial, many of her friends allegedly sneered at her, thinking her newfound love will tow the path of her first nuptial union. Little did they know that her creator has more in stock for her.

Luckily, she found solace and love in Oba Francis Olushola Alao, the Olugbon of Igbon Kingdom in Oyo State. Today, that singular decision has turned out to be one of the best she ever made. All her silent prayers were answered as she felt like a new bride.

In her usual way of proving medical postulation wrong, The Kwara state-born billionaire’s daughter in her late 50’s welcomed another set of identical boy twins in Potomac, Maryland, United States of America, 4 years after her nuptials to the Olugbon of Igbon. She also has a twin boy and girl from her previous marriage. 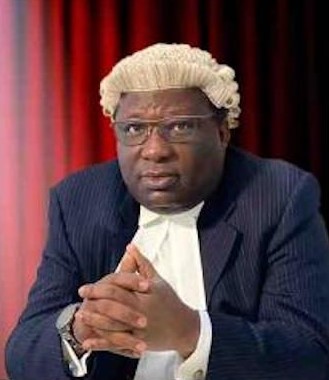 It was American entrepreneur, animator and filmmaker; Walter Elias Disney who said; “All our dreams can come through if we have the courage to pursue them” this quote aptly captures the courage and tenacity Senator Tokunbo Afikuyomi used in pursuing his dreams and aspirations in life. As a member of the House of Representatives during the third republic, his tenure in the house was truncated and short-lived by the seizure of power by the Military junta of General Sanni Abacha.

After so much criticism of the military government under Abacha, Senator Afikuyomi went on exile. After the death of General Sanni Abacha, the Sociology graduate from the University of Lagos returned back into the country and contested for the Lagos Central Senatorial district seat under the Alliance for Democracy and won and later represented Lagos West in 2003-2007.

During his stay as a senator, his dream was to return back to school to study law his childhood dream profession. But due to the heavy travel itinerary and tight schedule, the former commissioner for Tourism, Lagos State was unable to actualize that dream as he pegged it to a later date. After procrastinating, he decided to take the bull by the horn and returned back to school to study the legal profession. His sweat and sleepless night of study have finally paid off for him as he had finally achieved his age-long dream before turning age 60 in December 2021.

Sources averred that; at his call to bar ceremony which was held at the Eagles Square, Abuja, the senator was in the company of his friends, family and political associate who came to celebrate with him. He was seen with a smile of fulfillment on his face. After the induction and call to bar ceremony, the deep pocket senator converged his close friends and associate to a private celebration soiree held at Charterhouse in Maitama, Abuja where he feted everyone present to the very best of meal and assorted drinks as he displayed his dance dexterity on the dance floor in an elated mood. “His close friends are currently making plans for his 60th birthday in December. He is planning to celebrate it in a big way just to thank God for bringing him this far in life.” A close source added. 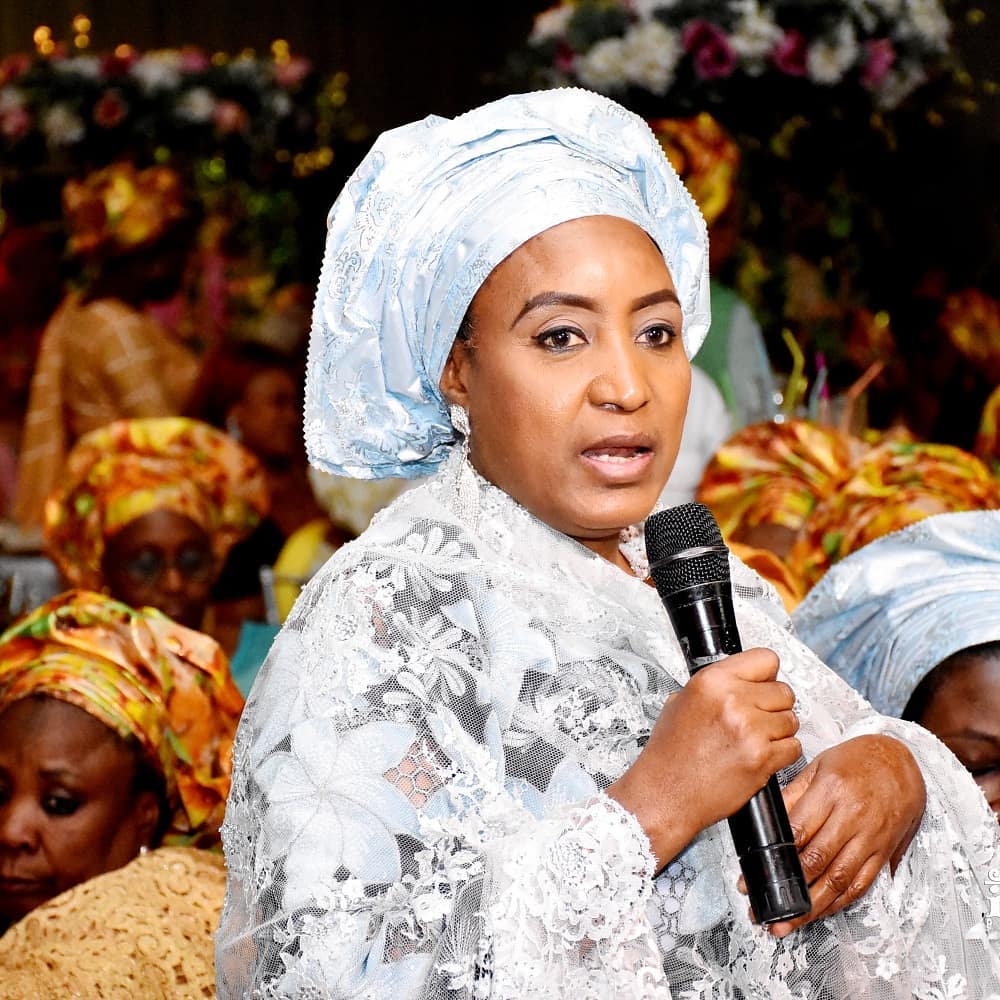 In her prime as the first lady of Nigeria, Turai Yar’Adua was not a pushover. In fact, she was highly influential and loved by all sundry within the villa. During her husband’s tenure as the president of the country, the country witnessed massive growth in all ramifications as he touched all critical aspects of governance and economy before his shocking demise in 2010. The former Katsina first lady was an advocate against gender-based violence, cancer, drug abuse among other social vices. She also has a soft spot for special children as she tailored her pet project to projects to match her ideals for humanity.

After the death and burial of her husband in 2010, she exited the villa and recoiled back into her cocoon. For years, she was off the social radar as she stayed off social events. Her multi-billion naira pet project located in the heart of Airport road Abuja on 7.3 hectares of land to curb the deadly cancer ailment; funded by the private and public partnership; the International Cancer center was also left to rot away without continuity. After several outcries from people who saw the level of wastage, the edifice was later allocated for agricultural purposes.

On the 26th of July, the graduate of Language from the Ahmadu Bello University celebrated her 64th birthday as encomium poured from all sundry who saluted her doggedness by standing firmly with her husband while he was sick. Many commended her for not falling for the pressure and huge intimidation from people in government who wanted to bully her while her husband was away receiving treatment. Instead of throwing a big birthday soiree in celebration mood, in her usual lowkey lifestyle manner, she opted to say prayers to her creator for making her see yet another year on earth as she was celebrated by her children and grandchildren at her residence. The birthday girl was seen wearing a smiling face looking much younger than her age. She cracked jokes and played with her grandchildren as they all had a family time out. 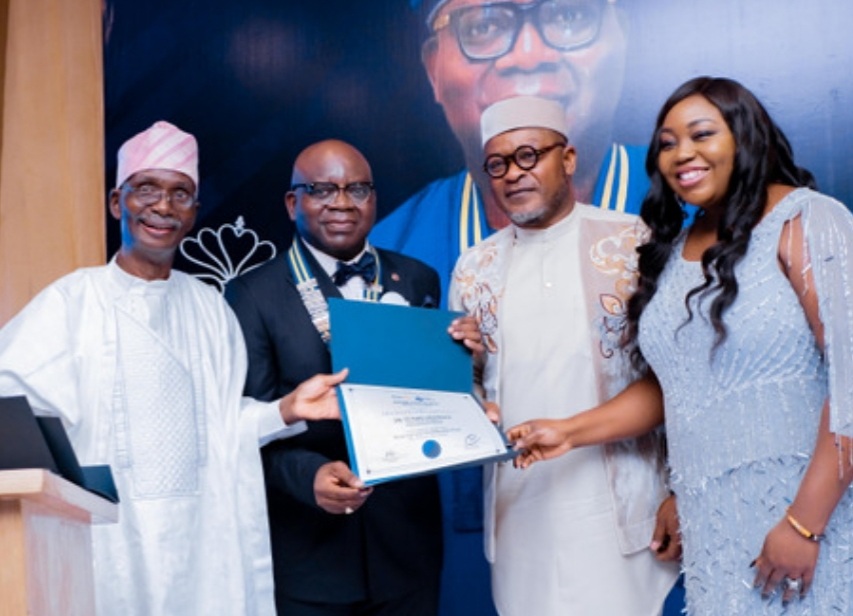 In the history of modern fertility medicine in Nigeria, renowned gynecologist and fertility expert, Dr. Babatunde Okewale, is highly respected. His constant strive to unravel the hidden mystery and myth behind IVF has crested his name in Gold as one of the finest fertility practitioners making a mark with different success stories and testimony of his wizardry from his long list of clienteles.

Despite devoting almost three decades life and career in the field of Obstetrics and Gynecology to the actualization of the dreams of motherhood for hundreds of women, the celebrated medical practitioner believes putting smiles on the face of women using his God-given cerebral prowess in medicine is something that gives him fulfillment.

As the Chief Medical Director at St. Ives Hospital Group, Okewale has democratized the reproductive health sector pursued the subject of fruitfulness without relenting and promoted his knowledge as something of an art and a guarantee. Under his watch, Okewale singlehandedly, built up the St Ives Medical Group, established in 1996, to its current status as the trendsetter in the areas of women and children health, especially In-vitro Fertilization (IVF).

In the course of his practice and interests in fertility matters, Okewale has been instrumental in the safe delivery of over 2000 babies via in-vitro fertilization (IVF) including that of 20 October 2018 history-making delivering of the oldest mum in Africa —Mrs. Ajibola Otubusin. The 67-year-old Mrs. Otubusin had undergone the IVF procedure at one of the St Ives IVF & Fertility centers. She was later successfully delivered of a bouncing baby boy at the age of 67 breaking all kinds of medical records in the process.

After shattering all these feats, getting wide accolades and recognition by various bodies and associations on the 11th of July, Okewale was honoured by Rotary International with an award of recognition for his significant accomplishments in the area of child and maternal healthcare which, according to the international service club, fits perfectly into one of its ideals and objectives.

In addition to the award, the suave gynecologist was also decorated as an Honorary Rotarian at the recent investiture of a renowned accountant, Adegbenga Badejo as 54th President of The Rotary Club of Ikeja held at the Lagos Sheraton.

Epiphanies aren’t common, but Okewale has created more of them around his interest in the area of women’s health education and healthcare in general. This has further fueled his interest in the media as a vehicle to educate women about their health and lifestyle in general. This culminated in his floating of WFM 91.7 the first radio station for women and the family in Nigeria, perhaps, Africa where is the Chairman