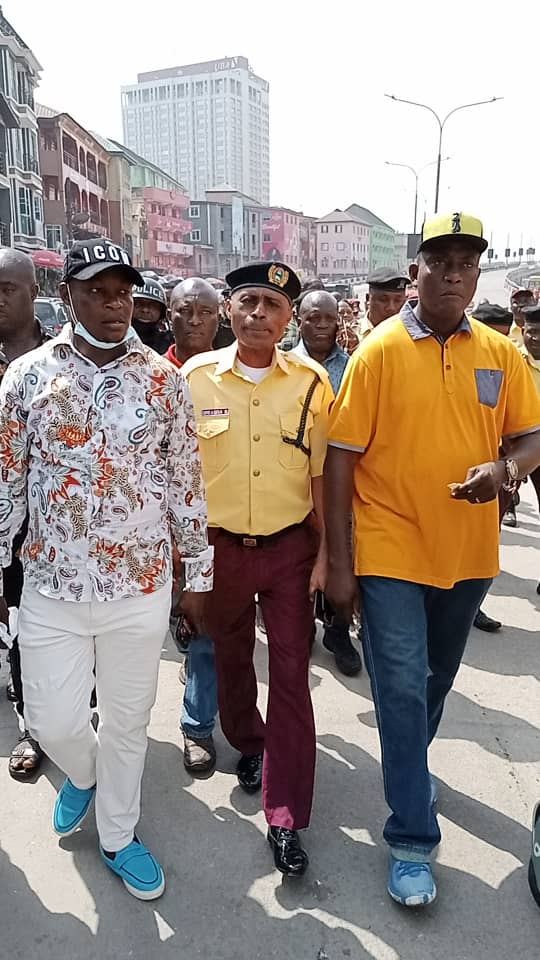 Following the partial closure of the Eko Bridge to motorists by the Federal Government, the operatives of the Lagos State Traffic Management Authority (LASTMA) on Monday, 7th of November, 2022 visited Apongbon and its environs as part of efforts to ensure the free flow of traffic around Apongbon axis of Lagos Island.

The General Manager (LASTMA), Mr. Bolaji Oreagba, who led an Enforcement Team of the Agency on a working visit to Eko Bridge by Apongbon, disclosed that it is imperative to re-arrange movements and seek alternative routes for motorists, particularly commercial bus drivers operating in and around the entire Apongbon axis.

Mr. Oreagba stated further that there is an urgent need to carry out a full impacts assessment of the partial closure on vehicular movement from Tinubu Square, Idumota, Martins Street, Balogun, Apongbon, Broad Street and Nnamdi Azikiwe Street around Lagos Island.

He said: “Our working visitations to the entire Apongbon axis was to ensure that the partial closure of the Eko Bridge does not impede the free flow of traffic in any form and to find ways of working together with relevant stakeholders in monitoring illegal activities of street traders around the Apongbon area and the entire Lagos Island”.

He, however, promised to effectively manage and control the traffic situation around Apongbon, especially those blackspots around the entire Lagos Island and other areas across the State that are prone to traffic gridlocks.