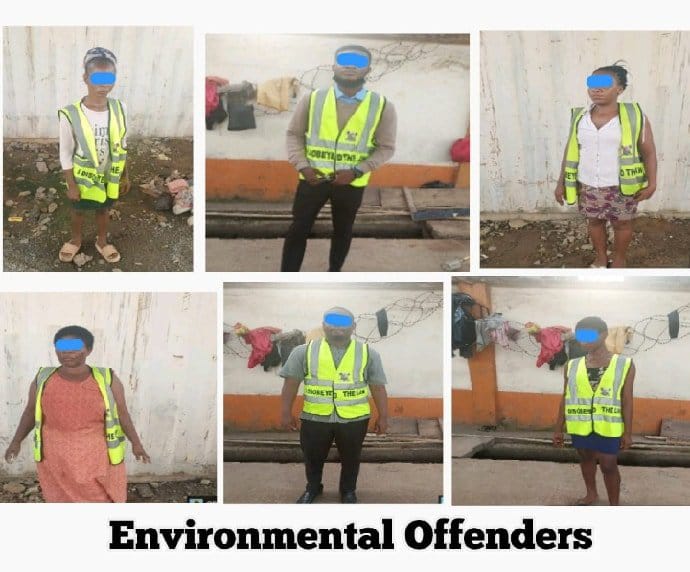 The Lagos Waste Management Authority, LAWMA, has renewed its offensive against environmental abuses, resulting in the arrest of no less than 65 persons, at various locations around the state. The managing director/CEO, Mr. Ibrahim Odumboni, disclosed this during a chat in his office at Ijora, adding that the renewed offensive would spare no offender, as tough times awaits environmental offenders for willfully abusing the environment.

He noted that for too long LAWMA had pleaded with the public to shun deliberate acts that deface the cityscape but with very poor cooperation from a clear majority.

According to him: “LAWMA is not a toothless bulldog. For too long we have pleaded, that now is time to act. The new offensive is on autopilot and would spare no violator. People must be made to pay for deliberately sabotaging their habitat. Many people have been picked up at different locations caught in the act, and will be prosecuted as a deterrent to other adamant persons”.

“Indiscriminate waste disposal has serious consequences on the environment, such as blockage of drainage channels, canals, defacing of environment, and spreading of infectious diseases, among other”, he concluded.

LAWMA boss reiterated the Authority’s total commitment to the cleanliness of every nook and cranny of the state, urging residents to imbibe the culture of effective waste management.

Odumboni further disclosed, that his agency was working with the Neighbourhood Watch and the Motor Vehicle Administration Agency, MVAA, for adequate human and camera surveillance, to track and apprehend persons and motorists, engaging in waste migration around the city.

He renewed his appeal for standard and civilised environmental habits, for the common good of everyone.