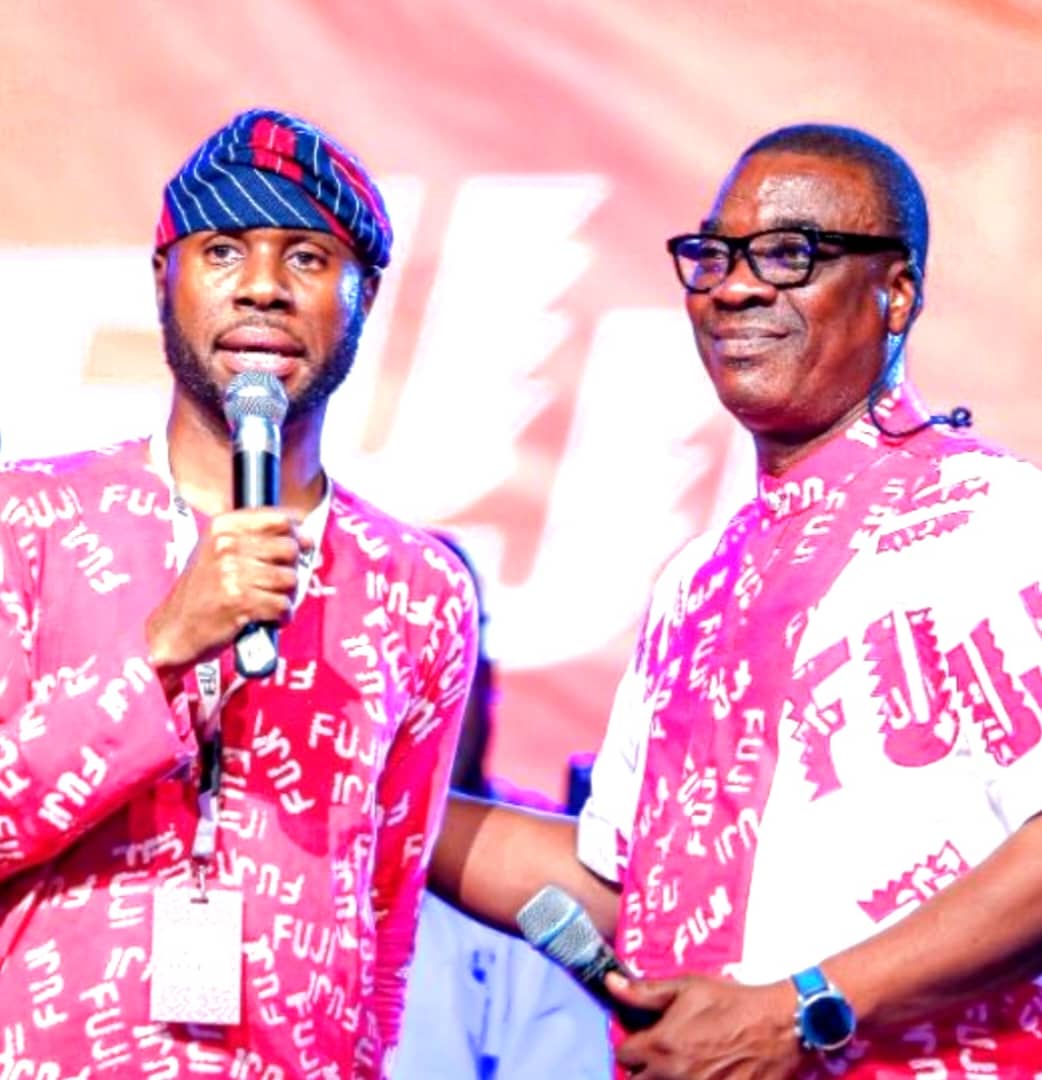 It was a different kind of crowd when Fuji: A Opera held its third edition of Fuji Vibrations on December 8, 2022, at Muri Okunola Park in Lagos.
Unlike what it used to be, a diverse group of distinguished guests were present to witness what has become history in the music world.

The night featured different generations of Fuji artists serving up their distinct Fuji styles to the delight of the packed house that included Technocrats, industry titans, media moguls, tech entrepreneurs, visual artists, socialites, influencers, music journalists, thrill seekers, and Fuji music aficionados made up much of the audience.
The Queen of Fuji, Yeye Eniba, ushered in the night with a commanding performance that captivated the audience.

Her stirring vocal prowess and quick dancing feet kept the audience glued to the stage as she slowly etched a mark on everyone’s hearts.
Followed by Omo Aje Wasiu, one of King Wasiu Ayinde Marshall’s (K1) many protégés, who delivered a sterling performance that set him apart from the many.

Ten year old Agba Awo Fuji who came up after, put up another spectacular act to the admiration of the audience who were wowed by his music.
Agba Awo Fuji won the surprise performing act Instagram poll held by the Fuji: A Opera team to choose the final act for Fuji Vibrations.
In no time, it was the turn of Sefiu Alao, also known as ‘Omo Oko’ and he delivered a memorable performance. His lyrics are heartfelt, illustrative, and singable melody that many could not help but love his sound.

Then, there was Taye Currency who understands how to rouse a crowd.To the teeming audience, his songs were as familiar as a door knock. They yelled, jumped, and screamed for more till he dropped the microphone.

As soon as Taye Currency finished, SK Sensation, the president of fuji musician association known as FUMAN, ascended the stage and delivered a clinical performance that resonated with the crowd, which elevated the atmosphere.
The mood of the event was elevated a further step when Saheed Osupa took over the stage. His philosophical lyrics was on display to the pleasure of the audience. One thing that is certain is that if Osupa wasnt a brilliant Fuji musician, he would have been a music teacher because his songs sound more like a class in music school. Osupa is well-liked by many who understands the art of singing fuji with beatifully arranged lyrics that stands him out of the crowd.

The crowd became more electrified when it was ‘Ose Oloun’ crooner Malaika’s turn to perform. He demonstrated his comfort with the way he renderred his free flow music and gave good reason why he is still relevant till date.
Do2Dtun, celebrity hype man and Supa Komando ambassador, unveiled the new one-liter Supa Komando pet bottle before introducing the Mayegun of Fuji Music, K1 De Ultimate, the night’s headliner. The hype man spoke about K1 De Ultimate’s efforts to keep the Fuji music genre alive, which drew rousing applause from the crowd, which was still on their feet at around midnight.

K1 De Ultimate reaffirmed his unwavering support for Fuji: A Opera and bestowed fatherly blessings on the organisers. He prayed and assured the team of the support of Fuji musicians past and present.
K1 De Ultimate took the stage and sang his anthems. It started with a serenade and ended with a jive; he performed soulful Fuji music with music alphabets of Fuji that other acts had not explored. K1 De Ultimate is a consummate musician, a professional, and a vocal force to be reckoned with.

“Fuji Vibrations served as a reminder that the Fuji genre is still shaping popular culture and truly represents the best of indigenous Nigerian music. 3000+ people gathered in the heart of Lagos to celebrate music and its fascinating subculture “Fuji: A Opera was created by Bobo Omotayo.

Why Nigerians In The Diaspora Are Reluctant To Help Those Back Home, Healthcare Trainer Shares Experience 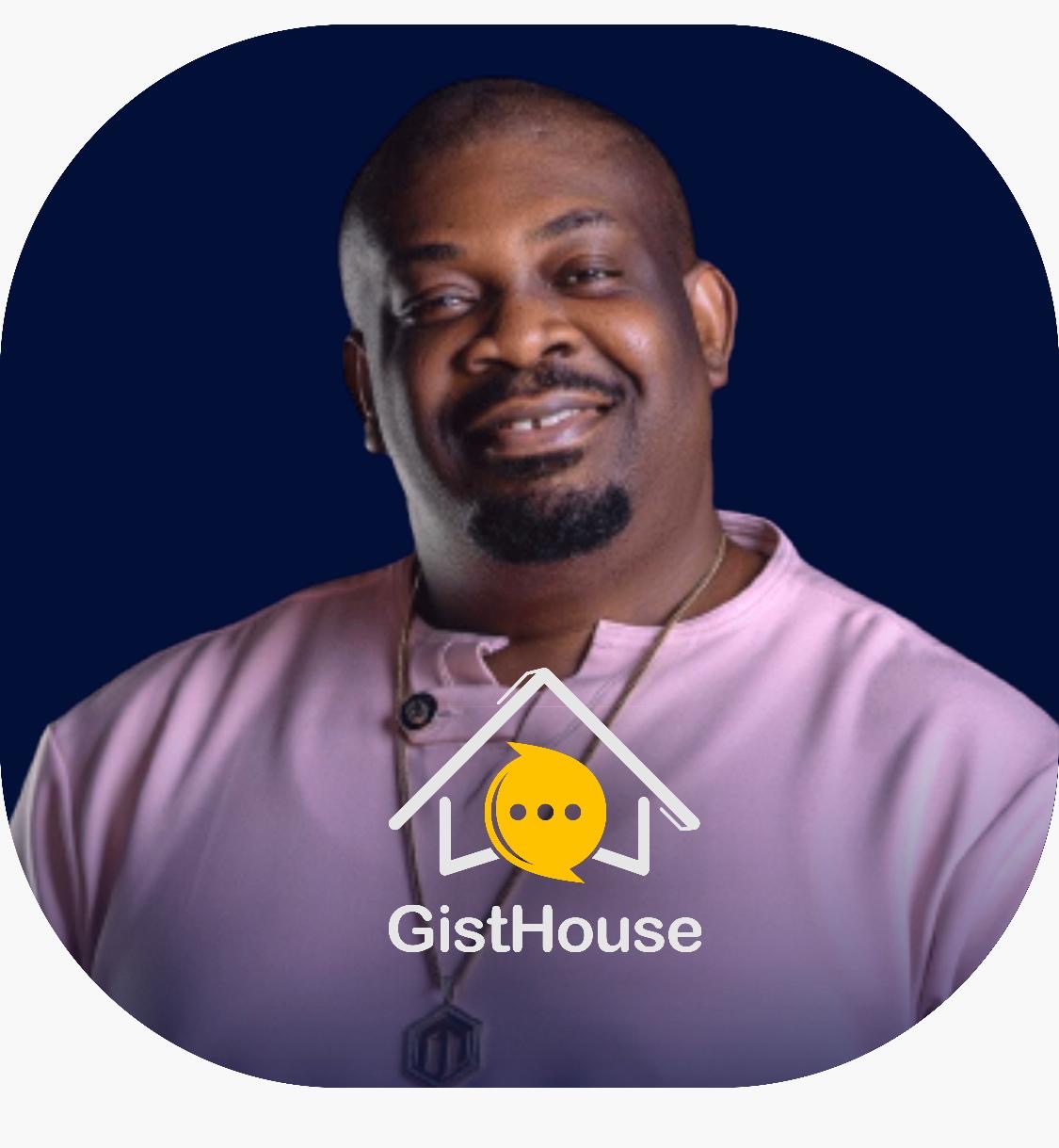 GistHouse, the first Afrocentric audiovisual conversation platform, has announced Micheal Collins Ajereh, also known as Don Jazzy as its “BLACK AFRICAN ICON-OF-THE MONTH”.
The maverick beat maker emerged GistHouse’s Black Icon for the month of  January 2023, following a selection voting exercise by users and management of the application with consideration for the most outstanding black Africans.
Unveiling the GistHouse African Icon for the month of January 2023 at a press conference at Gist House Headquarters, Omaha, Nebraska, Dr Ope Banwo, the Founder and Gistmaster at GisthHouse said; “We are most excited and privileged to announce Samuel Collins, popular as Don Jazzy, a colossus of music in Africa as the Afrocentric Icon for The Month of January 2023.”
Explaining the emergence of Don Jazzy for the coveted position,  Dr Banwo noted that; “Don Jazzy was chosen out of dozens of other worthy African icons for his lifetime body of work in elevating the music industry globally in the context of the Afrocentric experience. He has not only excelled as a record producer, performer, and music executive, he literally pioneered a whole new genre of music and style of music performance with his iconic MoHits and Marvin Record labels.
“While Don Jazzy didn’t start international cross over music in Africa he brought a delightful new swagger, panache and an amazing financially rewarding dimension into African music with his unforgettable partnership with the inimitable D’banj in MoHits Records, among others. After Mohits, he took his pioneering talent to a higher level with Marvin Records that gave us instant superstars like the sultry Tiwa Savage, super crooner Wande Coal, Dr Sid, and Korede Bello among others.”
According to the GistHouse App Visioner, “Beyond establishing himself as a superstar music producer/performer, Don Jazzy has also mentored and helped a whole generation of Africans to turn their talents as musicians into full time occupation and impactful vocation.”
Shading more light on events to celebrate Don Jazzy, Dr. Banwo added that GistHouse will celebrate Don Jazzy as its January Icon of the Month in several ways during the month of January.
“As part of celebrating Don Jazzy, we shall be declaring Friday 20th of January as the ICON CELEBRATION DAY with Don Jazzy on the GistHouse Platform with different special rooms dedicated to celebrating him and his body of work, and also hosting him to a special conversation on the GistHouse platform,” he concluded.
Gist House provides a safe and rewarding environment for people of all colours to host different audio and video rooms on any topic, and provides advanced features for rewarding conversations on everything including Business, Politics, Religion; Personal development, Self Development, Dating; Business Meetings; Networking, Friends and Family meetings etc.
Continue Reading 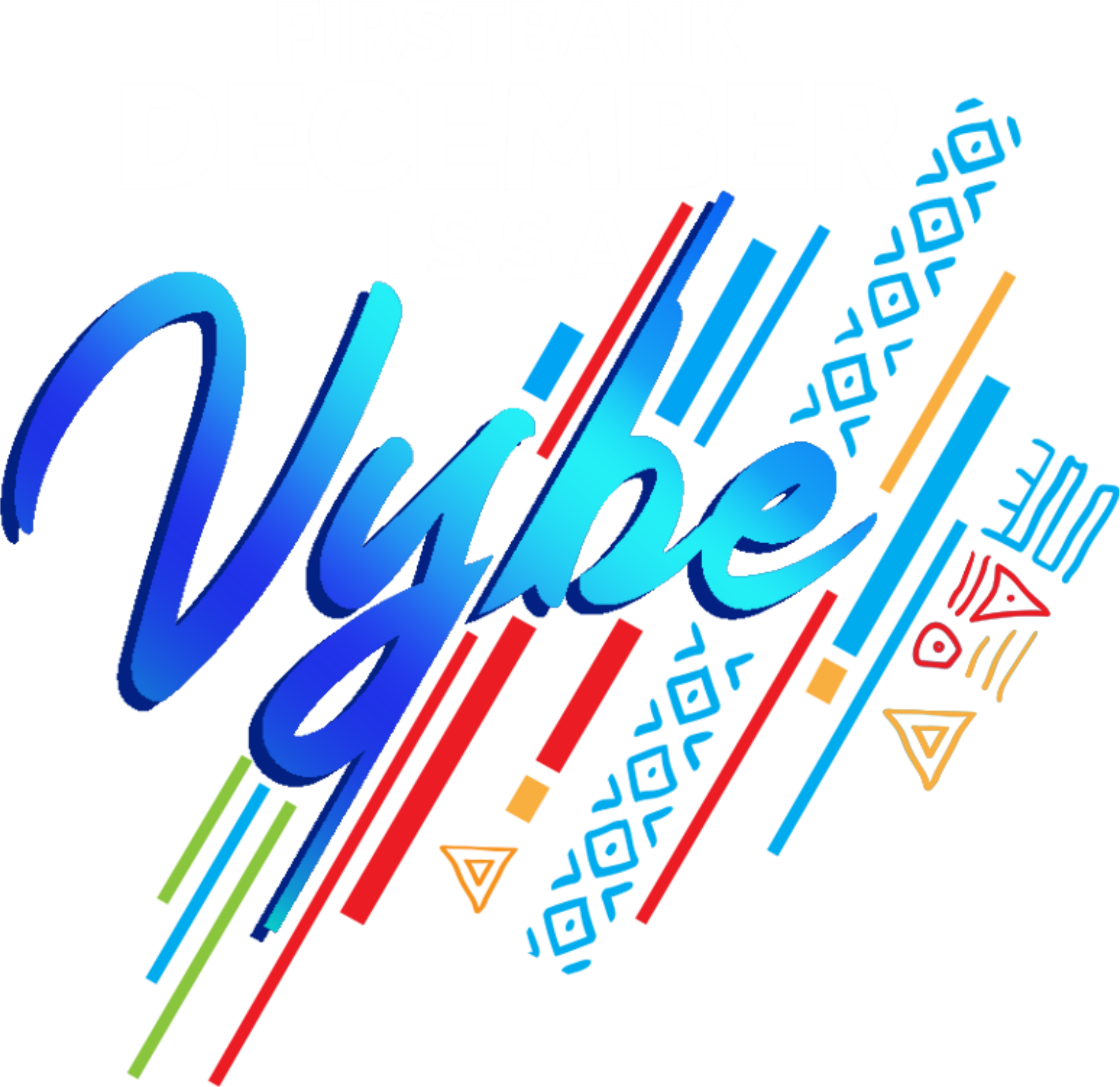 It was glitz and glamour as the premier and leading financial institution in the country, FirstBank thrilled their customer to a memorable “DecemberIssaVybe” at the just concluded Vibe on the Beach, featuring sensational music act, Ayodeji Ibrahim Balogun widely known as Big Wiz. The timing of the concert was right, having had Asake and Kiss Daniel’s concert precede that of the grammy award winning music sensation.

DecemberIssaVybe is not just about music but fun, fun and fun in its entirety, from stage plays to art and culture… the list comprised Culturati to Beeta Arts Festival Abuja, Koffi Tha Guru Unorthodox, Duke of Shomolu Production’s Encore, Our Duke Has Gone Mad Again and Ufok Iban.

Others supported by the Bank include; Joromi: The Musical Concert; Osamede, Awo and Ufok Iban by Duke of Shomolu Productions.

So back to the main gist… tell me who does not love gist, especially when it comes to Big Wiz.

Vibes on The Beach was held at Landmark Beach Oniru, Lagos on Friday, December 30th, 2022. It was unarguably an amazing night of fun and nothing but a star-studded show which exploded the audience to the height of ecstasy and rhythm of bliss courtesy of FirstBank.

With the kick time slated for 6 pm, the environs of Oniru were a beehive of activities as thousands thronged Landmark to be a partaker of the grandest Lagos concert of the year.

The organizational skills of the organizers and sponsors were nothing short of perfection as Landmark was transfigured into a haven of an international center, divided into regular, VIP, and VVIP.

Of a truth, the attendees who cut across individuals, friends, family members who came for reunions, and lovers were all smiles as they passed through the passage of entrance branded with FirstBank, the only financial brand which has provided them the opportunity and platform for yet another memorable homecoming experience with their idol, Wizkid.

Those at the regulars, VIPs, and VVIPs stands were mesmerized by the decoration and branding of the venue and the cool atmosphere which prepared them for the entrance of their favorite show hosts, Mr. Macaroni and Kiekie whose real names are Bukunmi Adeaga-Ilori.

Afterwards, Landmark was thrown into a frenzy as Big Wiz, the biggest act of the night was ushered on stage. Interestingly, the entrance of Big Wiz was a barrier breaker and line crosser as those in the regular, VIP, and VVIP stands all melted into unison to the scintillating performance of the music superstar as he took everyone down memory lane starting from his evergreen debut singles to the newest and fresh contemporary songs. And guess what? Wizkid surprised everyone and added a juicy flavour to the event by doing a collaboration with the popular act, Naira Marley.

Truth be told, the 2022 edition of “#DecemberIssaVybe” by FirstBank goes beyond excitement but birthed memories that will be hard to fade off attendees’ minds for many years.

The bank’s dedication to going beyond functional products and benefits for its stakeholders and providing these types of enabling experiences sets it apart in the industry and solidifies its position as a leader in not just directly supporting the arts and entertainment industry but economically impacting its value chain.

Anyone not following the Bank is surely on a long thing but hey, it is never too late as there are still many excitements the Bank creates on its social media ecosystem via @firstbanknigeria (Instagram); @FirstBankngr (Twitter) and First Bank of Nigeria Limited (Facebook).

2023 will surely be another back-to-back hit as the financial giant creates more memorable fun for its customers and followers. 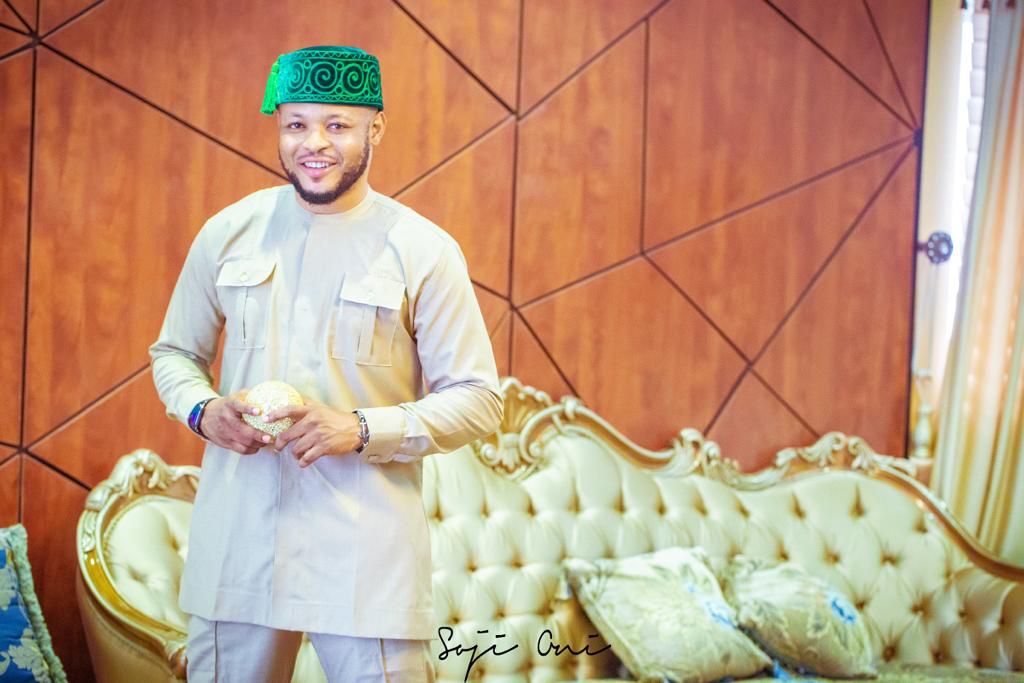 The producer of Olola Aginju has scheduled December 30th for nationwide release date of the epic movie. This is an announcement made by the producer Abiodun Adebanjo on his social media platforms which reads, “ Good news for all, the highly anticipated movie of the year OLOLA AGINJU will hit cinemas from December 30th”.

The Yoruba traditional story is a fusion of fiction and legendary that is centred around the life of a fictional female monarch Adewumi- whose quest for power is motivated by predestination.

Olola Aginju is set to be distributed by top ranking cinema outfit in Nigeria, Viva cinemas. The Executive Producer, Deborah Ewedafe and Producer Abiodun Adebanjo express profound delight in the idea that, Olola Aginju is a movie coming out at the right time, when Nigerians would be at the polls to elect new set of leaders in few weeks, as the movie speaks much about leadership and unchecked powers. In his words, Adebanjo maintains that, “I am optimistic that everyone that watches Olola Aginju would definitely leave the cinema as an impacted person, due to the lessons that will be learnt”