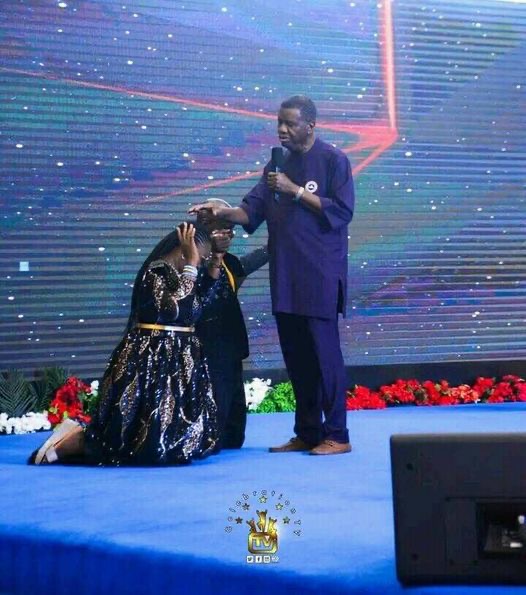 On Thursday, December 22nd, 2022, the globally respected man of God paid a call on the founder of the Omega Fire Ministries (OFM) worldwide, Apostle Johnson Suleman at his ministry’s headquarters in Auchi, Edo State, Nigeria. Of course, the visit was not a surprising one, but it was surprising in the sense that the servant of God ultimately disappointed doubters by his visit.

Pastor Adeboye has worked diligently all his life to see the life of God manifested in others, particularly his sons and daughters in the Lord. This he has sealed with his visit to Suleman, who is not just one of his spiritual children but someone he has shown he has deep and intimate affection for.

The role of a spiritual father is to bring up a son spiritually, Suleman had said of Pastor Adeboye’s impact on his spiritual life. Originally, he was loyal to the late Archbishop Benson Idahosa through whom he received divine call to minister, however, Suleman had his life transformed in 1992 after he had an opportunity to hear Adeboye preach. “My mentality changed after I listened to Pastor Adeboye’s ministration and miracles,” Suleman confessed.  His story changed ever since as he declared that he further became nurtured by Pastor Adeboye’s outpour of spiritual knowledge, understanding, wisdom, counsel and eventually, his blessing.

The visit and blessing by Pastor Adeboye, according to Apostle Suleman who first visited the man of God at RCCG headquarters in Lagos in October 2017, is a big victory for him and his ministry. Jesus Christ, he notes, believed in the ones who no one else believed in, a quality that Adeboye symbolizes in the life of his spiritual sons and daughters because of his character and Christ-likeness.

“Papa Adeboye is everything Jesus-like; he treats his spiritual children as though they are more mature than they really are. He cares greatly about the spiritual needs of his children and he invests time into them according to the will of God and in the proper timing of God,” declares Suleman who alongside his wife, Mrs. Lizzy Suleman, received the RCCG leader to a rousing reception.