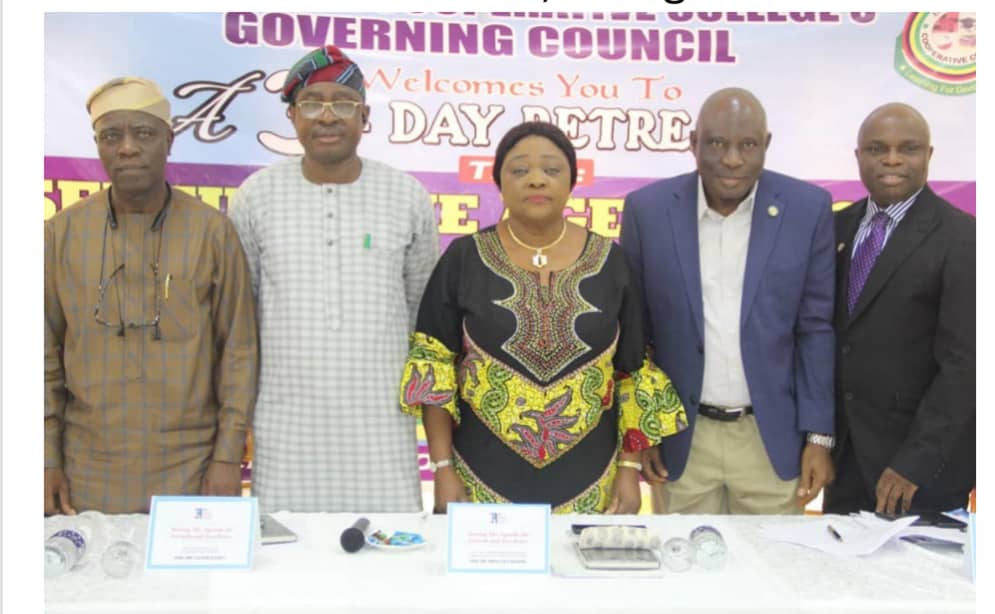 Lagos State Commissioner for Commerce, Industry and Cooperatives; Dr. Lola Akande says the State Government will harness the potential in the cooperative movement to create employment and eradicate poverty. Akande said this at the beginning of a three-day strategic meeting of the Lagos State Cooperative College’s Governing Council with members of the Management team in Lagos on Monday with the theme “Setting Agenda for Growth and Excellence”.

She averred that the state cooperatives to thrive, development was necessary to help actualise the economic potential of the movement.
Akande said that the state government was doing its best to ensure that the sector had the necessary skilled manpower to harness the economic potential of the movement.
According to her, the Cooperative movement possesses the potential for more economic sustenance if well developed and better managed.
“This government is aimed at harnessing its potential to create employment, eradicate poverty and boost socio-economic growth.

“Hence, the government in developing and fortifying the sector, has presented before the House of Assembly, a bill that would address all forms of sharp practices when passed into law,” she said
The commissioner urged the Cooperative College to develop additional pragmatic policy framework for the development of the college.

Akande noted that this was important to develop a developmental working document for the institution.
She said: “This meeting presents a perfect opportunity to set a roadmap for the development of the Cooperative Movement which has been one major financial haven for the informal sector.
“It is also an integral part of the state’s economy that keeps a significant number of the populace in employment.”
She, therefore, enjoined the governing council and the management team to develop a more robust, realistic and pragmatic policy framework for the college in attaining the set goals.

Akande said that the success in achieving the cooperative’s mandates was part of a collective action, which left them with no option than to contribute their quota in attaining its objective.
Earlier, Mr Oladele Ajayi, Special Adviser to the Governor on Commerce, Industry and Cooperatives, said that he was sure that the college would be able to deliver on its mandate.

“Going by the conglomeration of policy drivers that abound in the college,” he said.
Ajayi assured the institution of political support that would be needed to achieve success.
“On our part as political office holders, we will use our good offices to pursue the realisation of the college’s mandates as spelt out in its enabling law.
“We will complement your effort in positioning the college on the path of growth, development and excellence,” he said

Earlier, Mr Raji my Oyebode, Chairman of the Governing Council, said that the essence of the meeting was to develop, formulate and prepare an encompassing policy document.
Oyebode said this would kick-start a methodological progress in the life of the institution that would further drive activities at achieving the vision of the college.
He added that the Cooperative College had commenced a steady growth into its main objective of delivering knowledge in the areas of Cooperative Studies and Management.
“This will make available adequate skilled manpower for cooperative movement,” he said.
Oyebode appealed to all and sundry to support the college in achieving success in its mandates. 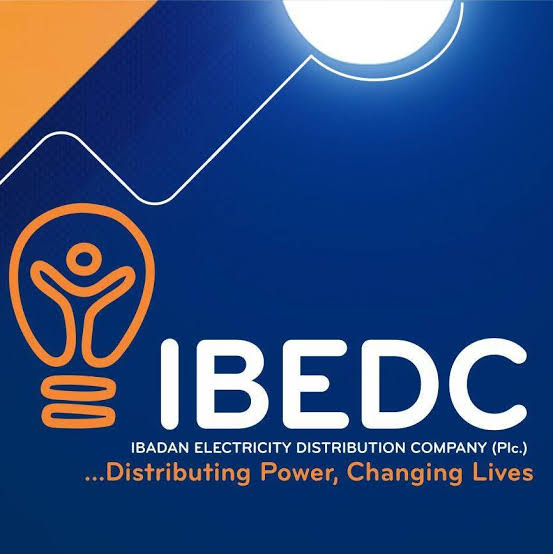 Ibadan Electricity Distribution Company Plc. (IBEDC) secured convictions of a term of three (3) months and two (2) years imprisonments on vandalism of its transformer and electric cables at the Grade A, Customary Court of Appeal, Ibadan and Magistrate Court, Moniya, Ibadan on 15th October 2021 and 22nd November 2021 respectively.

The criminals, Yusuff Olatunji and Ademola Toheeb were charged to Court at different times on count charges of vandalism and theft. The convictions underscore our current stance of zero tolerance to all illegal activities within our network.

Furthermore, the Management of IBEDC hereby reiterates its commitment to sanitize its network from nefarious activities such as vandalism, energy theft and staff assault. To this end, we appeal to individuals and communities to collaborate with us to stall this menace, by reporting any of these illegal activities, via our Whistleblowing channels clearly communicated on our website, social media pages, TV and radio programmes etc. In addition, customers can support us by monitoring electricity installations within their communities. 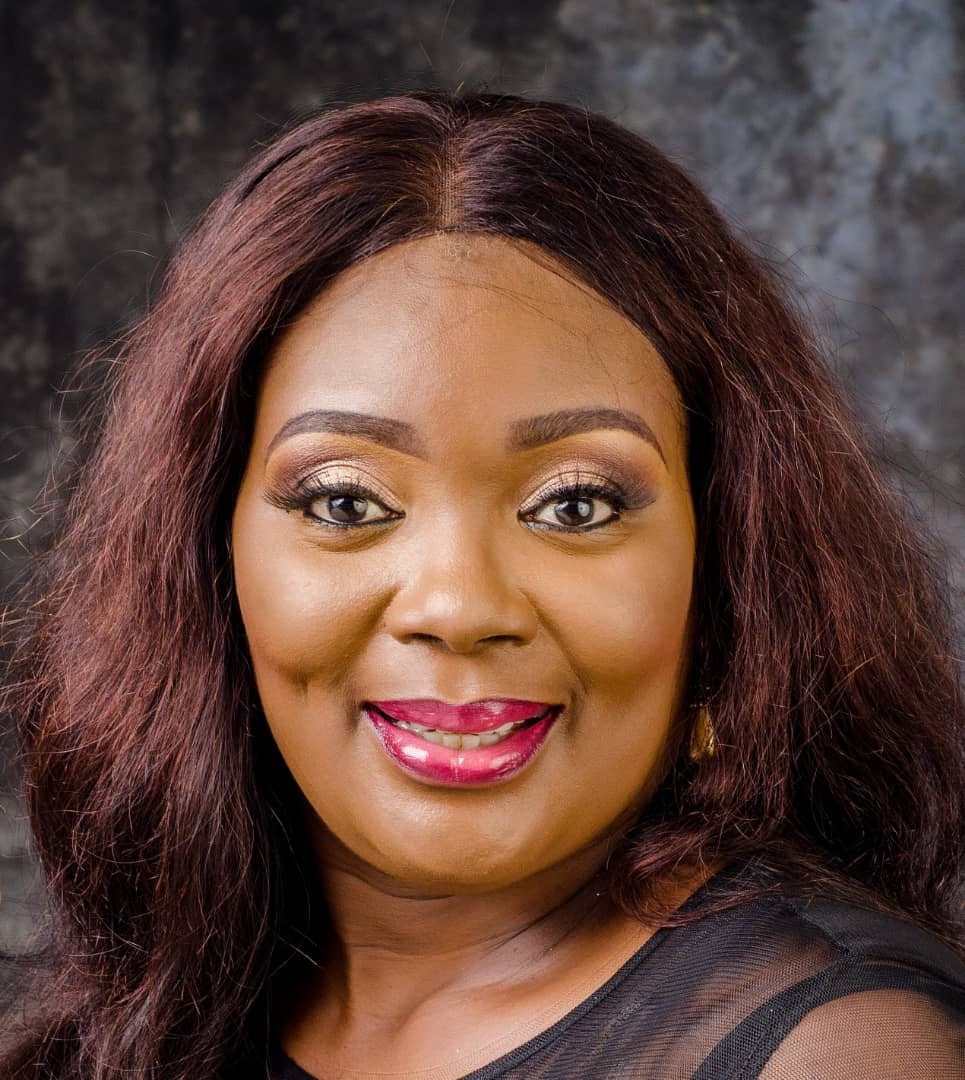 Director, Policy & Partnerships, Africa – New Globe Education, Dr. Kunbi Wuraola will be giving the keynote address at this year’s leadership colloquium and investiture of Victoria Island’s Chapter of Junior Chamber International JCI. Wuraola who has also served as the first female national president of the organization will be speaking on the theme of the colloquium that has been tagged, “Leadership Now and Then: Leading Through The JCI Creed”

Along with Wuraola, Nigerian media personality, Rufai Oseni, Chair, Senate Association of JCI Nigeria, Nneka Itabor, and the Group Chairman of Oxford Holdings, Dr. Teni Adesanya will be discussing the theme of the colloquium at the event.

President of the Local Organisation, Seye Joseph said that the topic of the program was intentionally chosen to address leadership lacuna in the country, saying that leadership plays active roles in national development.

“We understand the roles leadership play in every facet of human existence, what it means, why we must have it, and how to effectively use it for the positive course of human growth and development.

Leadership’s ubiquitous roles make it relevant in every point of our life, be it in the past, now and in the future.  The reason why this colloquium and investiture has been tagged, “Leadership Now Then: Leading Through JCI Creed” 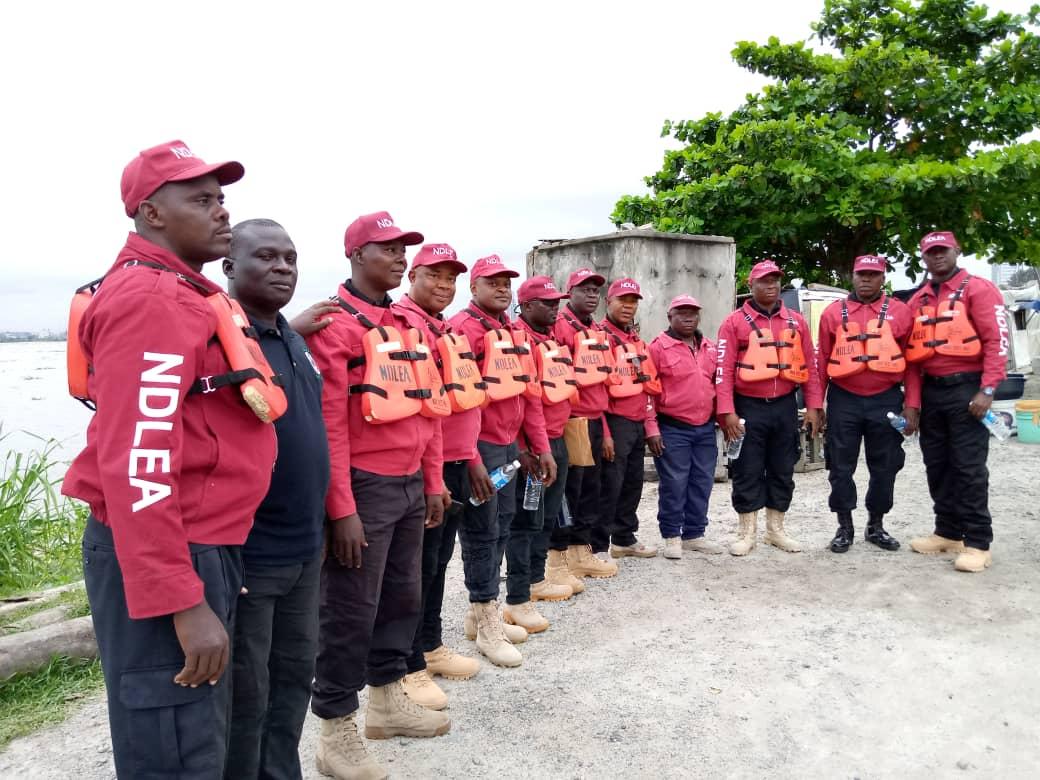 The National Drug Law Enforcement Agency NDLEA said it has confiscated 12,385 kilograms of marijuana Loud variant smuggled into Lagos from a neighboring country through the waterways. This was made known by the Director, Media and Advocacy of the NDLEA, Mr. Femi Babafemi, who disclosed in a statement issued on Sunday in Abuja, described the drug as a strong variant of marijuana.

Babafemi said that; 12,385 pellets of the “Loud’’ marijuana were brought in through the Atlantic Ocean and ferried in boats to the Eko Atlantic Beach, Victoria Island. The weed would have been distributed from the beach to drugs hotspots such as Lagos Island, Peti Alagba and others across Lagos and other states, he added.

He stated also that over 50 narcotic officers stormed the beach on Saturday, Nov. 27 and recovered the consignments along with two trucks and arrested three suspects. Those arrested are Abdulkadri Zakari, 24, Ka’abu Sausu, 45 and Lawrence Adie, 27.

In another development, a 70-year-old woman, Beatrice Aigbedion was among the suspects arrested at Irrua, Edo in connection with the seizure of more than 5,000 kilograms of assorted illicit drugs.

“After days of surveillance, NDLEA operatives on Wednesday, Nov. 24 stormed a warehouse at Uhiere, Ovia North East Local Government Area of Edo, where they recovered 4,261.5kg of Indian hemp and arrested a suspect, Ikong Stanley.

“On Tuesday, Nov. 23, 1,240kg of Indian hemp was also seized at a warehouse in Uzebba, in Owan West Local Government Area of Edo. At the point of her arrest last Wednesday, Aigbedion was caught with different quantities of Codeine cough syrup, Swinol and Rohypnol. Another dealer, Joseph Onyemaechi, 50, was also nabbed at Ikpoba Okha, Upper Sakpoba, Benin City, on Friday with different types of psychotropic substances weighing 2.055kg,’’ Babafemi stated.

He added that another drug dealer, Emeka Ben, was nabbed with 4.7 grams of Methamphetamine on Asaba-Ibusa Road in Delta.

“Other suspects arrested on Thursday, Nov. 25 in the state for dealing in Meth, Indian hemp, cocaine, and heroin were Ifeanyi Odibe, Uche Onwurah, and Justice Obika. In Kano, a drug dealer, Alhaji Bukar Malan Abdu, was arrested and 143 kilograms of Indian hemp recovered from him while 466kg of same drug was seized in the home of one Bashir Shuaibu, an indigene of Edo resident in Kano. On Thursday, Nov. 25, a drug dealer in Maiduguri, Chima Obi, was arrested in a follow-up operation. The follow-up operation took place after the seizure of his drug consignment of 73.2kg of codeine at an NDLEA checkpoint in Postiskum, Yobe, on the same day,’’ Babafemi stated.

He said that NDLEA Chairman retired Brig. Gen. Buba Marwa, charged its officers and men to strive to record greater feats until the drug supply and drug demand reduction targets of the agency were fully achieved.