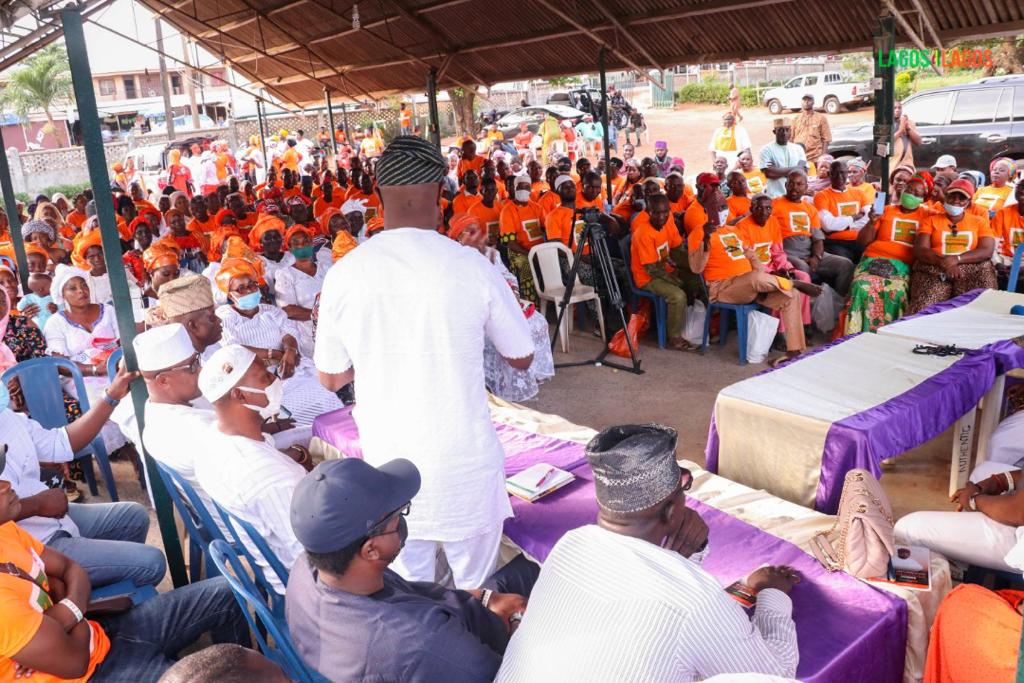 In the spirit of the holy season of Ramadan, the Lead Visioner of the Lagos4Lagos movement, Dr. Abdul-Azeez Olajide Adediran (Jandor), over the weekend attended special Ramadan Lectures both in Mushin and Ikorodu areas of Lagos alongside his team.

Jandor was received with an exceptional rousing welcome in Mushin by his teeming followers as well as leaders of the Muslim community, including the leaders of the Al-Mueaffiq Islamic Prayer Society, who were the organizers of the annual lecture.

The keynote speaker at the lecture, Imam Nurein Onimosa, admonished the visiting team through an in-depth but spiritual exposé on the topic: “Islam and Accountability”. He enjoined all Muslims to make it a point of duty to be active players in the political scene especially by supporting the right people with the wherewithal to deliver the development and service delivery that will benefit the people.

While in Mushin, Jandor paid a courtesy visit to one of the apex leaders of the Lagos4Lagos Movement, Mrs. Omolara Dikko. ‘Mama’ as she is fondly called, was full of gratitude. She challenged everyone to embrace and demonstrate sense of commitment to the struggle, all for the liberation and prosperity of Lagos.

He also paid homage to the Archbishop of Lagos Province, the Most Reverend Julius Oludotun Ogunseye of the African Church, Akanro Archdeaconry, Lagos Central Diocese, for the inauguration and induction service of the Diocese. Speaking at the service, Jandor succinctly articulated the vision and mission of the Lagos4Lagos movement to the admiration and applause of his audience.

In a related engagement in Ikorodu town at the Iftar program organized by the Lagos4Lagos Movement, the Lead Visioner got another boisterous welcome as he settled into the sermon delivered by the very popular Imam Oba, Alhaji Murtado Eyiowuawi Amokomowo, who delivered a very lucid admonition on the theme; “Leadership Position and the Role of Islam”. Similarly, he also charged Muslims to be interested and active participants in politics by taking up the mantle of leadership and help solve the myriad of problems confronting the people.

Speaking at both events, Jandor appealed that all participants join hands with the movement in their quest to liberate and emancipate the people of Lagos.