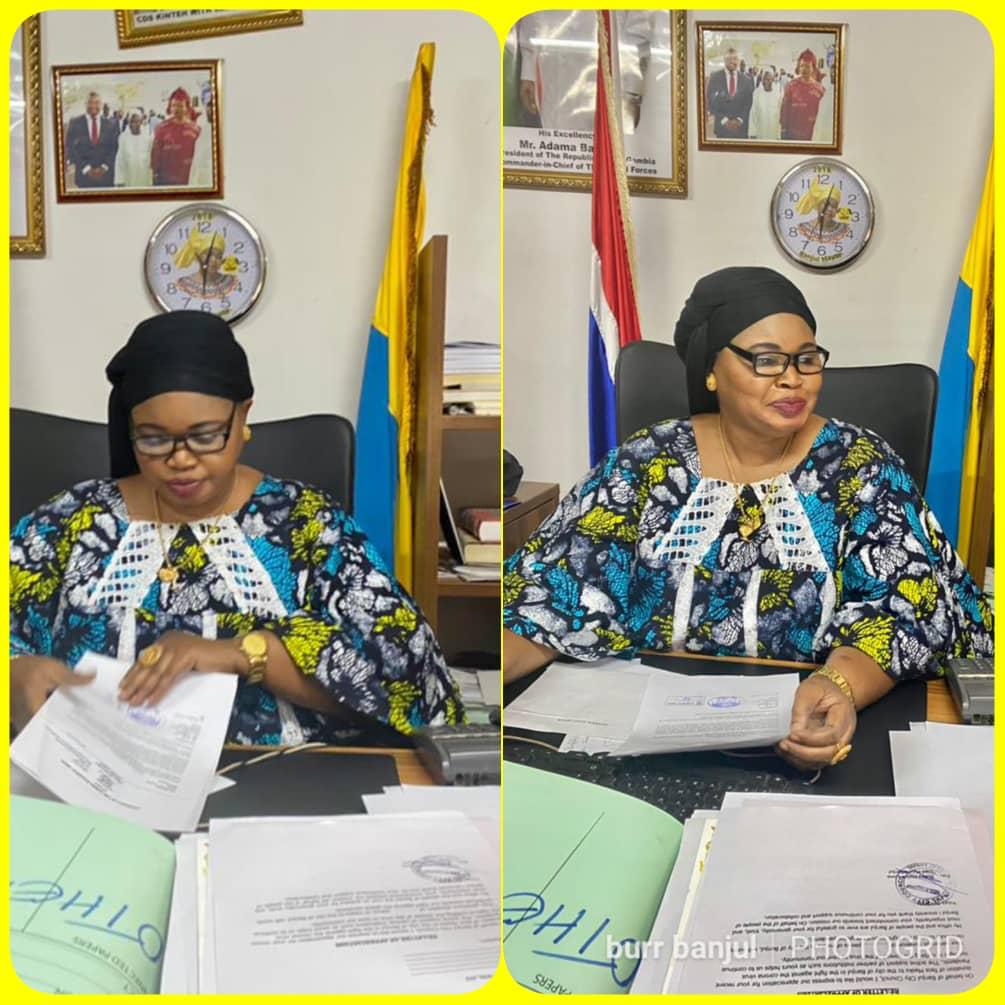 Knowing the importance of technology in all facets of lives as far as the 21st century is concerned and in order to fight against several issues challenging effective civil service delivery, the amiable and passionate woman and the Lord Mayor of Banjul, capital city of The Gambia, Mayor Rohey Malick-Lowe has introduced a technological approach that has to do with resumption and closing time for workers.

According to information gathered, it was reported that this step is taken to ensure a better efficient Banjul City Council under the auspices of Her Worship, Mayor Rohey Malick Lowe who faithfully deemed it necessary for the staff to be clocking in and out of work in a form of fingerprint or passcode. According to the revered Lord Mayor Lowe, she pointed out that “we are very optimistic that this will add value to the institution as it gives quick access to information and reports that shows attendance.

In another development, the highly regarded and respected Mayor Rohey Malick-Lowe has shown that she is indeed humane in nature as she recently doled out 200,000 facemasks to guide against the spread of the killer pandemic, Covid-19. This move arises, based on the dangerous widespread of the disease all over the world in its second stage. This time around, millions of lives have been lost to the pandemic and this ugly incident must have infuriated Mayor Lowe who values human lives and as a caring woman and mother, she couldn’t just keep mute and watch people dying and as part of efforts to suppress the spread of Covid-19 in the City of Banjul and by extension The Gambia, United Nations Office for South-South Cooperation (UNOSSC) donated Two Hundred Thousand (200,000) Facemasks to Refela- The Gambia National Chapter.

The handing over ceremony was attended by Her Worship, Mayor RoheyMalick Lowe- President REFELA- The Gambia National Chapter, UNDP, The Gambia Resident Representative, Madam Aissata De, Councilors, Refela Secretariat, staff of BCC and the media. During the event, the speakers dwelled on the importance of the initiative and assured their continued efforts to collaborate in order to curb the pandemic. Mayor Rohey Malick Lowe during her statement talked about the timeliness of the initiative, and further thanked UNOSSC & UNDP, The Gambia for their support and assured the gathering that the facemasks will be put into good use.