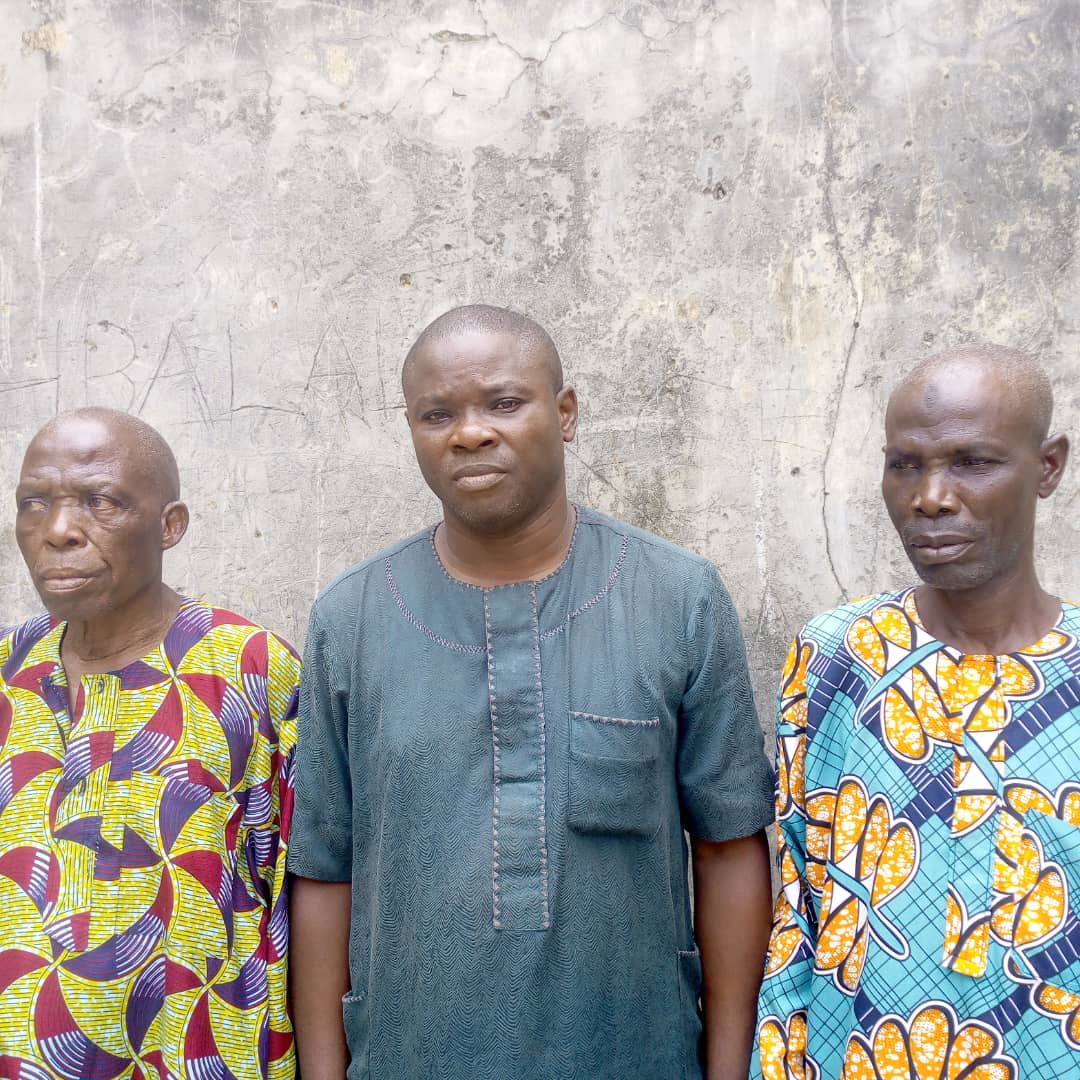 Police Operatives attached to Ikotun Division of the command, on Wednesday 7th April, 2021, apprehended three (3) Community leaders of Ikotun Area of Lagos State for lynching a suspected burglar. The burglar had gained entrance into the room of one Mrs. Adeyemi Opeyemi, f, of No 2, Asalu Bus Stop, off Abaranje Road, Ikotun, Lagos in an attempt to rob her but she raised alarm and the burglar escaped into the street when some members of the community apprehended and beat him to death.

The community leaders arrested include Sakariyau Biliaminu, m, 66, John Adeyemi, m, 77 and Gabriel Ajayi, m, 55. These suspects have some questions to answer pertaining to the killing of the suspect.

The Commissioner of Police, Lagos State, CP Hakeem, has condemned the act of jungle justice meted on the suspect and vowed to kick against such in the state as it is becoming rampant and such is inimical to our collective efforts to improve on the Criminal Justice System of Lagos State.

Similarly, the police operatives attached to Ojo Division of the command, in furtherance of the directive of the Commissioner of Police, Lagos State, to go after traffic robbers in the state, on 6th April 2021, arrested three (3) suspected traffic robbers namely Bashiru Ammo, m, 19, Ibrahim Mohammed, m, 23, Arinze Victor, m, 19, all of Alaba Rago Market, Ojo-Lagos for attacking innocent commuters in Ojo area.

As a follow-up to the police investigation, other suspected receivers to the traffic robbers were arrested on 7th April, 2021. They are Bello Jafaru, m, 20, Nuru Abdullahi,m, 23, Nafiu Saray, m, 21 and Bashiru Mohammed, m, 19, all of Kasuwan-Dare Alaba Rago, Ojo-Lagos. The suspects have confessed to the crime of attacking and dispossessing commuters and innocent Lagosians of their belongings along Ojo-Iba Road.

In addition, during the course of the investigation, one Lucky Gurube, m, 19, of no fixed address, was arrested. He confessed to be a pickpocket who has been picking people’s phones along Iyana Iba, Ojo-Lagos.

Again, the policemen attached to Ojo Division, on 7th April, 2021, at about 3.30am, in another operation, nabbed a set of suspected traffic robbers, in conjunction with some members of the Alaba Rago Market, Ojo, along Iyana Iba to PPL, Area of Lagos.

The suspects are Mathew Christopher,m, 25, Babangida Umoru, m, 25, Babangida Abdullahi, ,m 19, all of no fixed address. They were arrested with some weapons like knives, cutlasses, broken bottles and other offensive weapons. They have all confessed to the crime.

In the same vein, the Operatives attached to Ikeja Division of the command on 5th April, 2021 at about 1215am, accosted three (3) suspected armed robbers on a motorcycle along Awolowo Way, Ikeja, and arrested one of them while others fled.

The suspect, Malik Abdullahi, m, was arrested in possession of one locally-made single barrel gun with assorted charms. He is helping the police to get the fleeing suspects at all cost.

The Commissioner of Police, Lagos State, CP Hakeem Odumosu, has ordered that all the suspects be transferred to the State Criminal Investigation Department, Panti, Yaba, for proper investigation and possible prosecution as the command will leave no stone unturned in getting rid of crimes and criminality in the state.

The police boss however charged officers and men of the command to be more proactive to security issues around their areas of responsibility in the state, as they are expected to exploit available resources within their reach, including robust intelligence, community policing concept and public relations to police their areas.