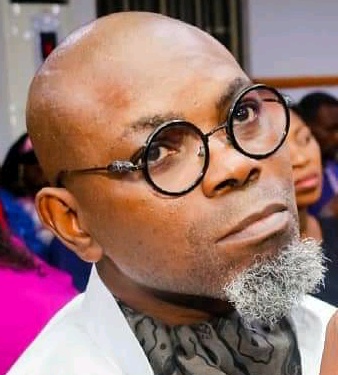 Award-winning society Journalist, Bolaji Olasunkanmi’ is set to unveil his first book titled “My Lens, My Odyssey: Times, People and Events” (Vol: 1). In a release sent via WhatsApp, Olasunkanmi explained his motivating factor to write the book. He said, “As a journalist, I often go through my materials from time to time and the idea to document them into a book for posterity crossed my mind in 2020.

However, I assembled my team last year and began to codify all my materials and here we are today,”

Speaking on what to expect when flipping through the pages of the book, Olasunkanmi explained that as the title implies, the book is a walk through his journalistic career, capturing activities of captains of industries, entertainers, scholars, entrepreneurs among others in a lighter mood.

My lens, my odyssey

In his forward to the book, lecturer, Nigerian Institute of Journalism, Lagos, Adeboye Ola, PhD said, “What Bolaji Olasunkanmi has done with this publication is to keep memories alive for those that his lens has made immortal”

Olasunkanmi’s career spans two decades in journalism. Before joining the Nigerian Compass Newspaper in 2008 he, had helped to develop the photo libraries of several newspapers/softsell magazines as a freelancer.

At one time or the other, he also worked with News of the People Magazine, Total Education Newspaper, Nigeria News Direct and The Daily Times Newspaper as news reporter, Photojournalist and Photo Editor.

We are committed to a Clean Environment – LAWMA Boss 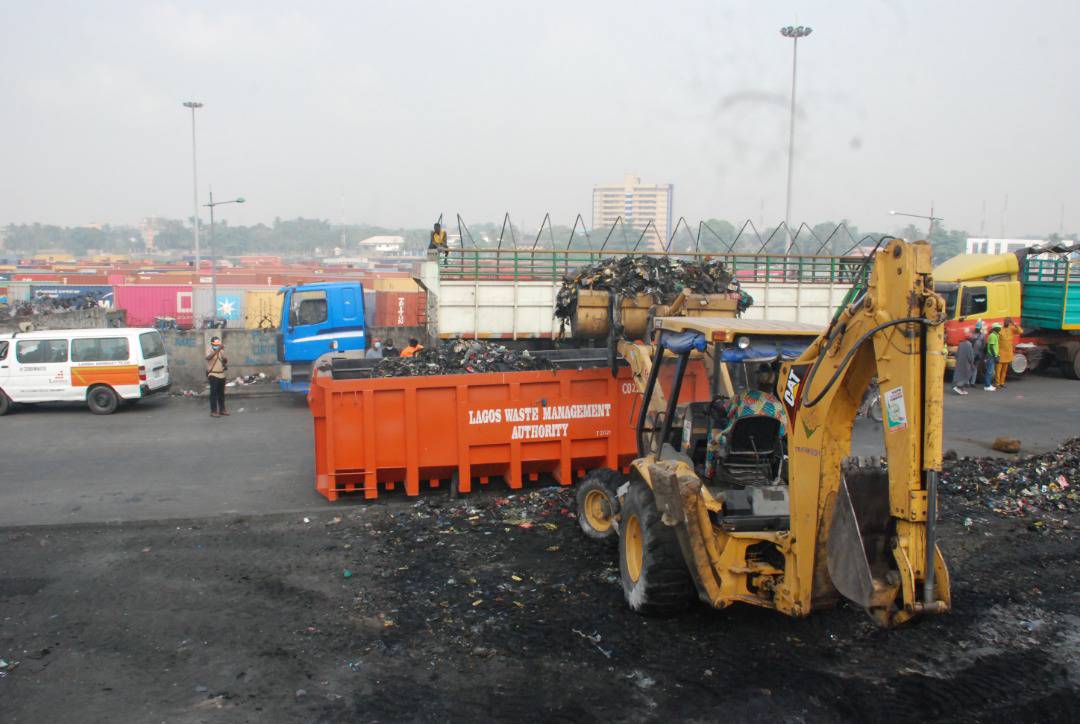 Lagos Waste Management Authority (LAWMA) has reassured residents of firm commitment to a clean environment despite the challenge of diesel scarcity, while also appealing to them to bag and containerise their waste. The Managing Director/CEO of LAWMA, Mr. Ibrahim Odumboni, stated this on Friday while monitoring the environment, adding that efforts were being intensified, to clear any backlog of refuse, and to stop acts of indiscriminate waste disposal around the city.

He said: “We have redoubled our efforts, working round the clock to ensure that we evacuate all waste anywhere around the city. Although the scarcity and high cost of diesel has been a major challenge, as all service providers’ trucks run on diesel, nonetheless, we are doing the needful and leaving no stone unturned, to maintain a clean environment and prevent health hazard to the people”.

“Over preceding months, we have rolled out advocacy and media sensitisation campaigns, to inform and educate residents on the importance of environmental cleanliness, particularly the act of waste containerisation. We have also supported efforts of PSP operators, by providing backup services in areas that experienced service gaps, with the overall aim of eradicating black spots across the metropolis”.

He appealed to residents to properly bag and containerise their waste to allow more storage period and prevent littering.

According to him, “The resurgence of waste observed in some areas of the metropolis is borne out of the unforeseen diesel challenges the service providers are experiencing, and since tenements cannot keep waste in their houses, have resorted to bringing it to the highways, which isn’t proper.”

“While we strongly reiterate the importance of waste containers at home, we passionately appeal and canvass for public cooperation, to combat a resurgence of waste on road medians, canals and other illegal spots.”

“We are assuring Lagosians of our total commitment to rid the environment of dirt. As we work day and night to make this happen, we urge you to support our efforts because the cleanliness of the state is a collective responsibility”, he stressed.

Odumboni noted further that despite the serious logistics challenges faced by PSP operators, as a result of the increase in the price of diesel, they had continued to provide services to tenements, adding that the Authority, in order to ensure effective turnaround time of waste collection trucks, had also ensured that landfills in the state are in proper shape.

“Before now, we had carried out massive rehabilitation work across our various landfills, to improve the turnaround time of PSP trucks servicing tenements and commercial facilities in the state. This has improved condition of the sites, paving way for seamless waste collection activities”, he stated.

Christ-centred preaching is biblical and practical. Preaching, according to Apostle Johnson Suleman, the general overseer of the Omega Fire Ministries (OFM) worldwide, should draw people to Christ by showing the world that Christ is better than the things man often places his hope in. At the OFM’s ‘Holy Ghost Conference, which was held a few days ago, the man fondly called ‘The Restoration Apostle’ suggested in his teaching that lives indeed are changed by true transformation which comes when Jesus Christ is preached intensely into people’s hearts.

A common philosophy shared by many African cultures simply states that ‘life is warfare.’ Apostle Suleman says because Christ is life, then Christianity is warfare, not funfair. This old maxim, Suleman asserts, is well attested to by the Scriptures, that man’s existence is warfare. But how does man confront warfare? He said that, though the warfare needs some sort of weapons to be executed, the weapon needed by true Christians to combat the forces militating against their well being, is spiritual weapon.

“Christians are not into physical combat. We are involved in spiritual battles. So, our weapons are spiritual. They are divine,” he declared, adding that “it is only normal that one executes a spiritual warfare with spiritual weapons, as you are expected to confront the power of darkness with physical weapons.”

“When you become a child of God, you have been translated from one kingdom to another kingdom. And the kingdom where you’re translated from is not going to fold their hands, it will come after you‍. Christianity is not funfair, it is warfare. No good Christian is weak. The devil will come for you whether you’re ready or not. Yet, having weapons is good but knowing how to deploy them effectively is better‍( Psalm 78:9).”

While cautioning Christians to be in position to really confront the power of darkness by putting on the whole armour, Apostle Suleman said “our God is a God of war. It is warfare that unveils welfare. Your welfare is in your warfare‍️. You cannot walk into the kingdom of hell without holding dangerous weapons. That is the armour. What makes you a terror to hell is when you have the understanding of how the weapons of God operate. Satan knows when you know. Satan thrives when man is ignorant and spiritually blind,” he declared, adding that, “Christians’ weapons of warfare are not only spiritual, but are also very potent. They are very strong. They are very efficient. The potency of these weapons is seen in the fact that they can pull down strongholds; cast down arguments and everything that exalts itself against the knowledge of God; it brings every evil thought into captivity. That is why Jesus Christ said to the disciples, “I am sending you out as sheep among the wolves.” 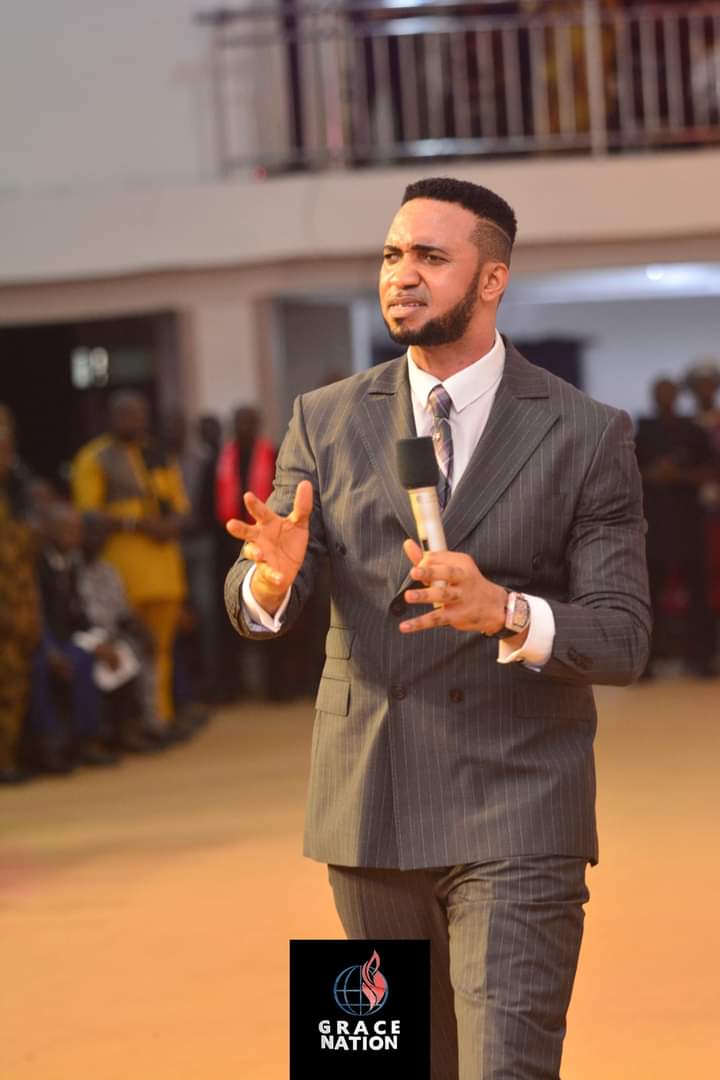 * Mid year Cross over end with many testimonies

Thanksgiving is a testimonies address to God that qualify you for more mind-blowing miracles, when you give thanks you challenge God to do more. This and more are the declaration of God servant and the Senior Pastor of Grace Nation International aka Liberation city Dr Chris Okafor at the Thanksgiving Service of the just concluded Mid-year Cross over Conference held at the International Headquarters of the church in Ojodu Berger Lagos Nigeria

The Oracle of God as he is fondly called by the faithful said anytime you did not give God thanks for his glory, it seems as if you eat what belongs to him and when you do that the blessings you are entitled to will not come but when you do, your abundance blessings is guaranteed

In his sermon with subtitles The Powers of Thanksgiving, the Generational prophet of God said Thanksgiving Ginger Almighty God to put you in the Book of breakthrough, he said whatever condition you meet yourself gives thanks