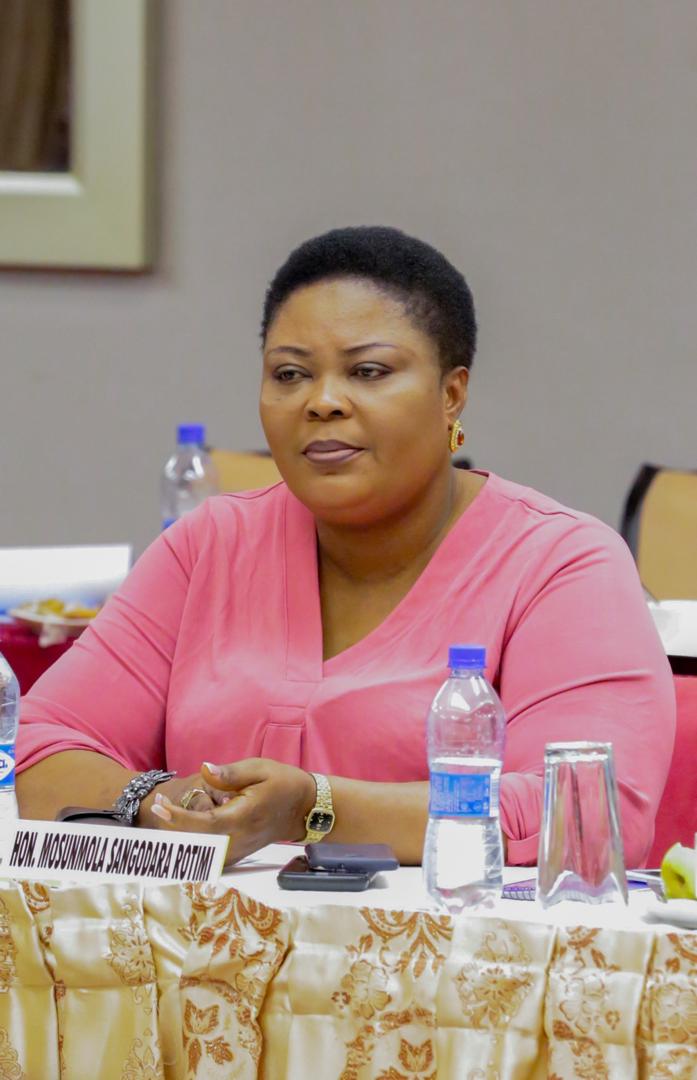 The opponents of Member Representing Surulere II constituency Hon. Mosunmola Sangodara have been urged not to confuse themselves over a lawsuit filed against the lawmaker.

The coordinator of the Eko Progressive Young Professionals, EPYP, Prince Abiola Ayinde, who made this known on Friday also advised against distracting the Independent National Electoral Commission in court.

Speaking against the backdrop of a publication indicating the testimony of an INEC official in court, Ayinde said the opponents had veered off their initial claim of certificate forgery against the legislator.

The trial continued on Friday before Hon. Justice Oweibo of the Federal High Court sitting in Lagos, as the All Progressives Congress and Hon. Mosunmola Sangodara were scheduled to open their defense.

The Counsel to APC and Hon Mosunmola Sangodara, Adebisi Oridate Esq informed the Court that they filed a Motion yesterday have and served electronically and physically on the other Counsels this morning.

Adebisi Oridate Esq however informed the Court that after a careful review of their case, they would be withdrawing the Motion as there was no need for it again.

The Counsel to 2nd & 3rd Defendants in turn responded that he owed the Court an ethical duty to inform the Court of the status of the Motion especially as Dr. Pinheiro had earlier alleged yesterday that the 2nd and 3rd Defendants were not filing any process but only trying to stall hearing of the matter.

The Court struck out the 2nd and 3rd Defendant’s Motion on Notice seeking to file additional Witness Statement on Oath.

Counsel to the 2nd & 3rd Defendants however informed the Court that they had carefully reviewed the case so far and considering the weight of the evidence given so far by the Plaintiff, they do not consider it necessary to call any witness and will be closing their case and asked for a date for adoption of final address.

Dr Pinheiro SAN thereafter commended the Counsel to the 2nd & 3rd Defendant. Referring to him as a brilliant lawyer, he claimed to have been impressed at the tactical manner he handled the defense.

Recall that the crux of the case of the Plaintiff is that the 2nd Defendant presented/deposed to false information in her Form EC9 and also that she submitted forged documents to INEC along with her Form EC9.

The Plaintiff by his own admission under the fire of cross-examination stated that the said Form EC9 he tendered before the court in evidence does not show where the 2nd Defendant deposed to any affidavit.

The Plaintiff further gave evidence that the said Form EC9 tendered by INEC also does not have the oath page to qualify the tendered Form EC9 as an affidavit.

INEC witness also stated in her evidence that the commission did not receive any certificate from the Party on behalf of Hon. Sangodara

Ayinde however wondered where Olasunkanmi got the certificate he alleged belonged to the 2nd Defendant.

He also asked where and when did he see that the 2nd Defendant attached and submitted certificates along with her Form EC9 to INEC.

Ayinde noted that Hon. Mosunmola Sangodara was screened by the party and given clearance to contest in the primary.

He added that Hon. Sangodara squarely and fairly won the primaries but the Plaintiff being a sore loser instituted this action to cause rancour within the rank of All Progressives Congress and embarrass the Party

Ayinde called on the leadership of the All Progressives Congress to unite the party and forge a common front ahead of the General Elections next year.

The matter was adjourned to 8th December 2022 for Adoption of final address.